FAST campaign launched to raise awareness for signs of strokes 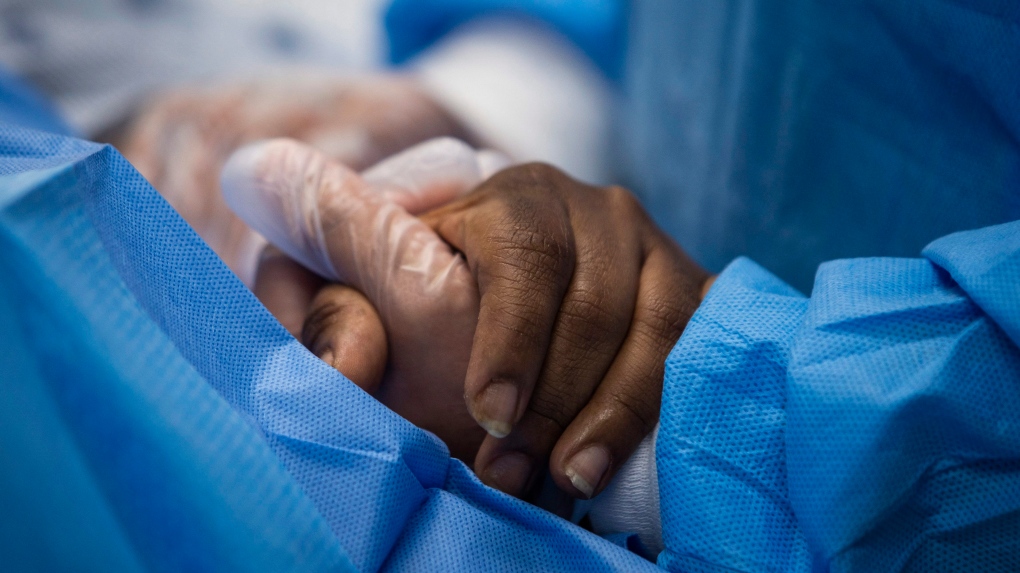 In this April 28, 2020, file photo, nurse practitioner talks to a patient and holds her hand while a doctor administers an IV at Roseland Community Hospital in Chicago. (Ashlee Rezin Garcia/Chicago Sun-Times via AP, File)

VICTORIA -- The Heart and Stroke Foundation has teamed up with the B.C. government to raise awareness of the early signs of a stroke through its FAST campaign.

The foundation says acute stroke care in B.C. is excellent, but the best outcomes occur when people recognize the signs of a stroke and call 911 quickly.

The organization stresses that the faster someone experiencing a stroke seeks medical attention, the better their chances of survival and recovery are.

The early signs of a stroke are listed in the FAST acronym.

The FAST acronym stands for: Face, Arms, Speech and Time, which can all point to signs of a stroke.

A drooping face may be an indicator of a stroke. The inability to raise both arms can be a sign. Speaking with a slur or jumbled words is another sign of a stroke, and the “time” portion of the acronym stands for response time. The faster one calls 911 in response to a stroke, the better the outcome. If these signs are present, one should call 911 immediately.

The campaign hopes to limit the negative affects strokes have on Canadians.

Strokes occur when blood stops flowing to part of the brain or bleeding happens in the brain causing damage to brain cells.

While most people survive a stroke, the medical event leaves some with long-term disabilities. Currently there are 405,000 Canadians living with such effects with more that half of them being women.

The Heart and Stroke Foundation expects that number to double in the next 20 years.

A stroke can happen at any age, but the risk factor increases with age, says the organization.