The family of a Victoria senior who’s missing in Spain without life-saving medication feels the system designed to help Canadians in an emergency has failed them.

Scott Graham’s two daughters say their dad was last seen at the Canadian Embassy in Madrid on July 15. He had visited the consular service after he lost a bag on a bus that contained his phone, passport and medication to manage his kidney transplant.

"It was very difficult to look those people in the eyes that were the last people to see him and have them be like, 'You know, there’s not a lot we can do,'" said one of Graham’s daughters, Kaiza.

She and her sister, Georgia, along with Georgia’s partner have spent the last seven weeks looking for the Victoria-based senior. They travelled to Spain in August, where Georgia and her partner James Player remain.

The trio has documented three visits to the embassy in Madrid – on top of visiting Spain’s national police service, area hospitals, and homeless shelters – trying to retrace Scott’s potential steps.

They feel they’ve been left alone to investigate.

"I’m shocked at the lack of accountability that has been taken," said Georgia.

Graham would’ve been on day four without his necessary medication by the time he visited the embassy in Madrid. His daughters say without it, his body will reject the transplant and he’ll show signs of cognitive impairment, something they believe was occurring during his visit to the embassy.

"There were so many things, so many details that should have alerted the embassy that this was an emergency situation," said Player.

The family members allege the embassy failed to accompany Graham to the hospital next door, even though he doesn’t speak Spanish; failed to contact family members through an e-mail Graham provided on paper as an emergency contact when he didn’t show up to a second meeting; and failed to document some details in his case, among other concerns. 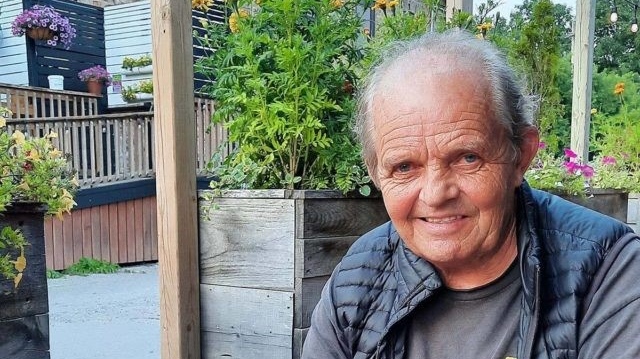 Graham apparently couldn’t remember his passwords to reach out to family at the time.

"I would call it a total failure," said Player. "And honestly, I would go farther to say that if the embassy had recognized this was an emergency, erred on the side of caution, he might not be missing today."

Global Affairs Canada has acknowledged an interview request from CTV News, but did not respond in time for publication.

A Facebook group called Help Find Scott Graham is taking tips and sharing updates. The senior’s family says it has to persevere in its search.

James and Georgia are planning to leave Madrid for San Sebastian where they think Scott might’ve gone to find his bag – weeks after a bus there drove off with it, and without him onboard.

"We are three artists leading an international missing persons investigation," said Kaiza. "Who can help us, and will they?"