Family searching for dog swept away in Sooke Potholes 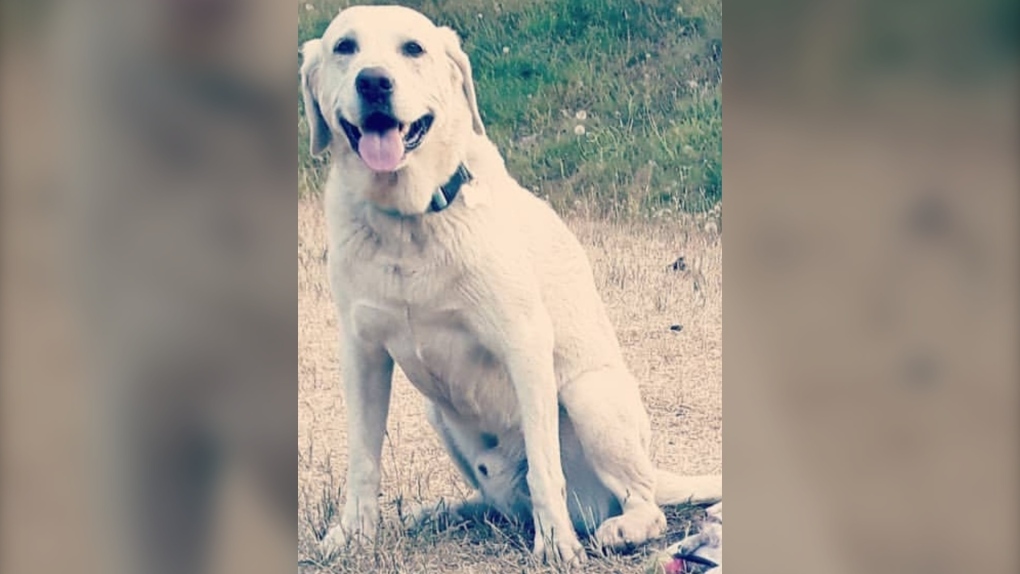 A Vancouver Island family is desperately searching for their missing dog, Deak, who was swept up in the waters of the Sooke Potholes earlier this week: (FLED)

VICTORIA -- For Corinna and her family, a Wednesday afternoon walk began like any other, with their dogs along the trails in the Sooke Potholes Regional Park. This was something they had done “a million times before” she says.

She was walking with her husband, her one-year-old daughter and their three Labrador dogs. One of the dogs was Deak, a 10-year-old golden lab she describes as a “gentle and shy boy” who loves water and is a strong swimmer.

They were walking along the shore when Deak decided to cool off in a pool of water near the edge of the river. But, for some reason, she says he decided to try and swim across the river.

The family stood by, watching helplessly, as Deak made it part way across before he was swept down stream, unable to fight the current. He then went over a waterfall and out of sight.

Corinna, shaken and distraught, called the Sooke RCMP and FLED (Find Lost and Escaped Dogs), a volunteer group that helps assist owners with finding their lost animals and posts lost and found dogs from anywhere on Vancouver Island on social media.

Gary Shad, Co-Founder of FLED, jumped into action putting out a call for volunteers to come and help search for the missing dog.

By early Wednesday afternoon, there was a small army of people out searching the riverbank, water and trails around the area where Deak went missing.

One volunteer brought their drone, another, their kayaks – while many brought binoculars or just used their eyes and ears.

“All we know is the dog went over into the falls and went down the river and that was the last time she (Corinna) saw her,” said Shad.

“There’s a good chance the dog popped up and he’s hung up on some branches on the riverside,” he told CTV News.

This was a bit of deja vu for Shad who has been to the Sooke Potholes before for a dog that was swept down the river. Unfortunately, that incident didn’t have a good outcome and the dog's body was discovered several days later further down stream.

Volunteers spent the remainder of the afternoon not only combing the trail and riverbank, but also diving into the river itself.

Sooke local Misha Linehan donned a wetsuit and swam in the safer parts of the river downstream from where Deak went in.

Linehan knows the river like the back of his hand and wanted to help out, he said.

“So I swam most of it, checked around, unfortunately no sign,” said Linehan. “Just based on where he went in, that section of the river is quite dangerous.”

He says the river current is strong right now due to recent rain.

“I hope for the best but expect the worst,” he said.

Shad advises that dog owners keep their pets on a leash to help prevent such incidents like this from happening.

While he and the other volunteers continue to search for Deak, Shad asks that anyone who spots the golden lab contact his organization immediately.

At this point, all Corinna and her family can do now is hope and wait for a happy ending.

“I'm hoping someone will find him alive still,” said Corinna. “I need as many eyes as possible. I'm so shaken and devastated.”

Anyone who sees Deak is asked to contact FLED here, or ROAM, a similar pet searching organization here.