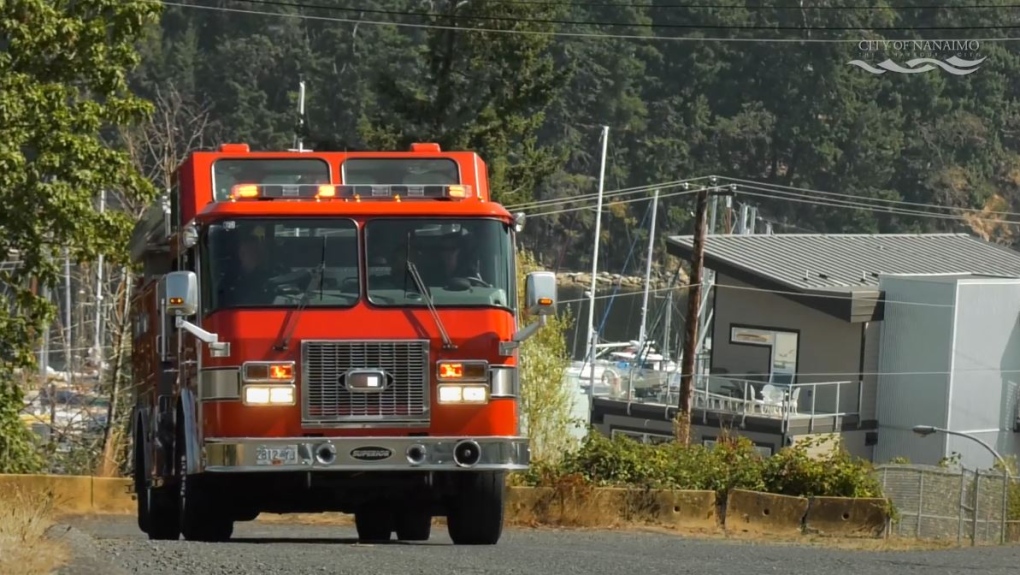 A Nanaimo firetruck is shown: (Nanaimo Fire and Rescue)

VICTORIA -- The Nanaimo fire department is crediting a home smoke alarm for helping a family of seven escape a house fire Tuesday afternoon.

According Nanaimo Fire Rescue, the fire broke out in a basement suite of the home, located at Kamp Place.

The basement suite did not have smoke alarms and residents of the suite were not home at the time. Fortunately, the family living in the upstairs unit did have a smoke alarm, which activated.

The family was then able to escape the fire while firefighters made their way to the scene.

The fire department says that the upstairs unit was unharmed in the fire. However, the basement suite suffered “significant damage.”

Nanaimo Fire Rescue says that the fire is believed to be accidental.

“Electrical fires are one of the top three causes of fire,” said Alan Millbank, Nanaimo Fire Rescue in a release Friday.

“This fire was preventable and the damage and extensive loss of the occupant’s possessions could have been minimized had the working smoke alarms been connected,” he said.

The fire department is now encouraging all residents to ensure that they have working smoke alarms in their homes.

According to the fire department, out of the 98 structure fires that occurred in Nanaimo in 2016, only 25 of the buildings had smoke alarms.

Moreover, the fire department says that only one-in-four homes in Nanaimo has smoke alarms installed. In B.C., approximately 36 per cent of all homes have a smoke alarm. In Nanaimo, that average drops to just 25 per cent.

Firefighters are asking that residents test their smoke alarms and change their batteries once every six months.

Meanwhile, smoke alarms should be replaced entirely if they are older than 10 years old to make sure they are reliable.