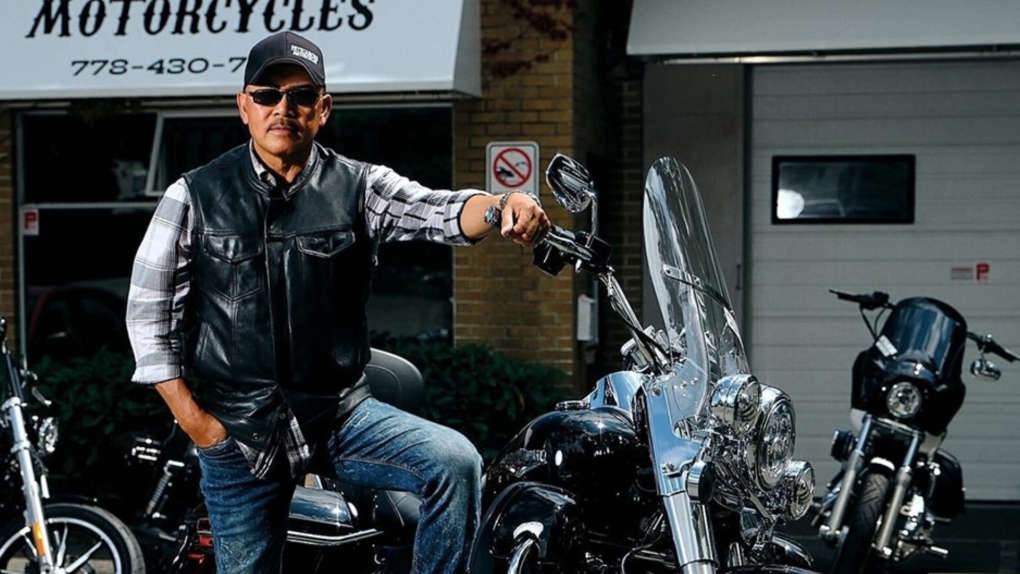 A Saanich man who died in a motorcycle crash near Port Renfrew on Sunday night has been identified by his friends and family.

Fred "Freddy" Fernando, 58, was riding his motorcycle with friends when he lost control of his vehicle and rode over an embankment.

Friends say Fernando was a local DJ and was well known in the Vancouver Island music and Filipino communities.

According to Sooke RCMP, the crash occurred sometime between 5:30 p.m. and 9 p.m. on West Coast Road near the Parkinson Creek trailhead.

Police are unsure of what exactly caused the crash, but believe that Fernando was travelling eastbound on West Coast Road when he lost control and went over the embankment.

Days after the tragic crash, friends and family set up a memorial for the Saanich father near the area of the crash.

"It was tough to return to the accident scene but it was a pleasure to go with Dez Fernando and some more of Freddy’s family to set up a memorial," said Patriarchs Motorcycles, a Victoria motorcycle repair shop of which Fernando was a part of, in a Facebook post on Tuesday.

"Our thoughts and spirits are with you and your family," the group said on Monday. "We shall ride again together, one day. Freddy, you were an individual like none other and you will never be forgotten. Much love buddy, much love."

"God has a plan for every single one of us and he has just put me to my biggest challenge yet," she wrote. "Life without my Daddy. And I have to just go with it.

"You are at peace now, and I will never understand why it had to happen this way but I will learn to embrace it… I love you Daddy, your princess. Ride In Peace."

Sooke RCMP say that the investigation is still in its early stages and that the department is working with the Island District Traffic Analyst team. Anyone who may have witnessed the incident is asked to call Sooke RCMP at 250-642-5241 or contact Crime Stoppers anonymously at 1-800-222-8477.