It was a project that was on their wish list for several years, but a Courtenay, B.C. couple has finally been able to create their own backyard skating rink.

"This year seemed to be the one. We had a thought over morning coffee – three, four weeks ago – and we didn’t know about the cold spell at the time," said Duane Jackson who, along with his wife, Lydia, created a 48' x 56' rink in their North Courtenay yard.

The base of the rink is a giant tarp that’s covered with water and lined with wood chips and bark mulch.

"We just laid out the tarp, folded it up about three feet on either end, laid out some chips and used a transit to get a level plain," he said. "(Then we) just pulled the tarps back over, stapled it down and let the rain fill her up and a little bit of garden hose once it stated to crust over." 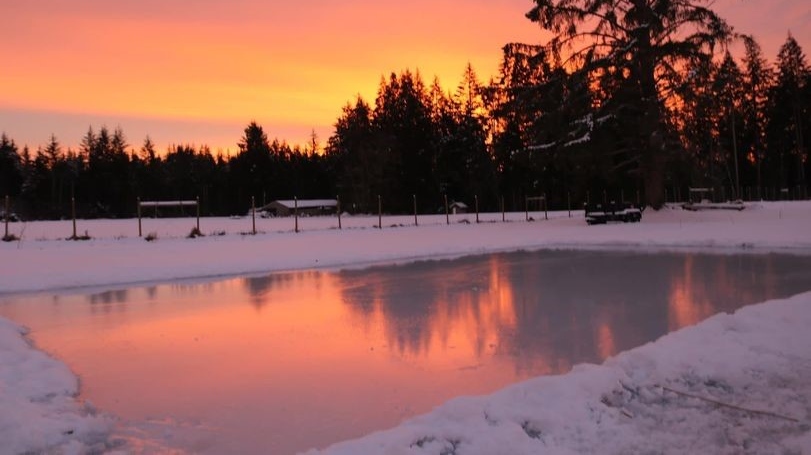 The skating rink was completed on Boxing Day: (Jackson family)

Duane concedes it is his wife who was the main designer and maintenance person.

"I’m from Ontario and I remember vaguely when I was a kid, (my father) doing something like that in our backyard and so I admit I looked up a couple of YouTube (and) Google things to get it to glass," Lydia said.

She estimates it probably took her around 15 hours to finish the project.

"On Boxing Day I was out here every two hours. I’d glaze the rink and then I’d go back inside, read my book and set a timer, come back out, glaze the rink," she said. "But the day after Boxing Day it was perfect to skate on, it was absolute glass." 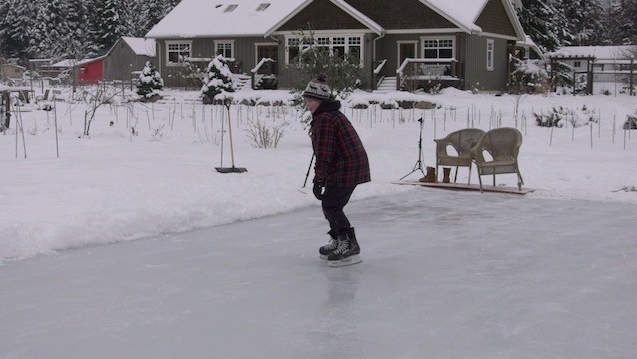 Lydia also says she had a bit of luck.

"It really is a fluke of nature too, it was that beautiful crisp, clear, cold, cold Boxing Day that allowed for really perfect conditions," she said.

The family has been making steady use of the rink along with friends and hope the cold weather returns next year so they can recreate the rink and add a barrier to keep pucks from travelling outside the surface. 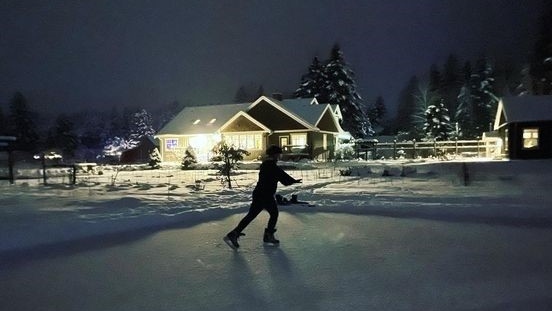 The skating rink was completed on Boxing Day: (Jackson family)

President Vladimir Putin issued an order Wednesday to fast track Russian citizenship for residents in parts of southern Ukraine largely held by his forces, while lawmakers in Moscow passed a bill to strengthen the stretched Russian army.