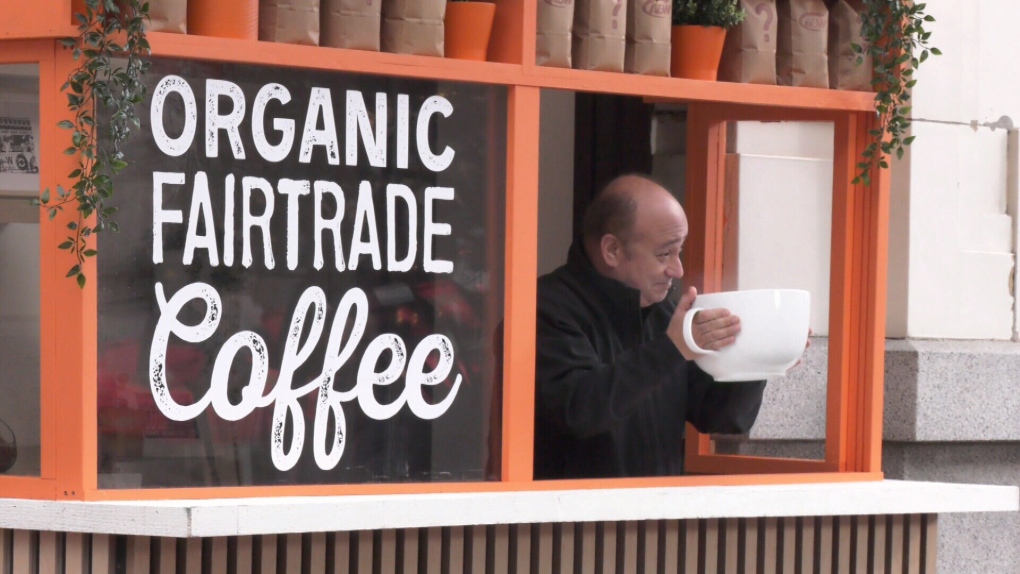 The new shop, called This or That Café, is actually a film location for an upcoming A&W restaurant commercial. (CTV News)

VICTORIA -- A new café that popped up on Government Street has been creating a buzz in Victoria's downtown core, but when locals came to check out the new establishment, they quickly realized things were not quite as they seemed.

“I was really sad that it wasn’t a real café,” said Victoria resident Emily Craddock. “But they tricked me so that’s good.”

Just outside Trounce Alley, an orange and white take-out window appeared over the weekend. But the new shop, called This or That Café, is actually a film location for an upcoming A&W restaurant commercial.

“Right away we recognized the A&W guy,” said Michael Pakulak, as he watched from across the street.

As the crew filmed clips for the ad, many people stopped to watch. Some had their phones out to capture the moment and others were invited to be a part of it.

“I was on my way to get something to eat for breakfast and someone came by and asked me if I wanted to be in a commercial," Daniella Jackson said. "I thought, sure why not.”

Preet Gill and Jujhar Bara were in Victoria for a family trip. They were walking past the set when they got offered the opportunity to be on TV.

“It was totally random," Gill said. "We were just walking down the street and it just happened."

While members of the crew would not spill the beans about the upcoming commercial, they did say that it is expected to air in about a month.