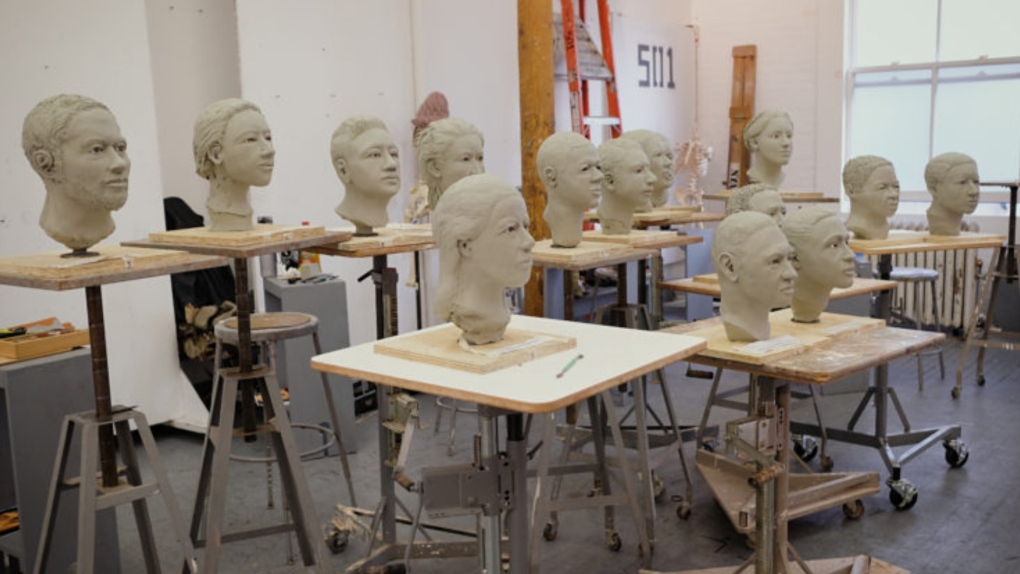 A replica of each of the 15 skulls was 3D-printed and transported to New York so forensic sculpture students could reconstruct the faces using clay.

PARKSVILLE -- A mystery almost three decades old might soon be solved with the use of art, science and technology.

On Nov. 5, 1992, police discovered human remains at Englishman River Falls Provincial Park, but no one has ever identified them.

Police believe the remains belong to a man between the ages of 40 and 55, who stood 5'8", had a surgical scar on his shoulder, and was carrying U.S. currency in the pocket of his clothing.

BC Coroners Service spokesperson Andy Watson said there are numerous factors leading the coroners service to believe the man was a U.S. citizen or someone who had recently visited the U.S.

Laura Yazedjian, an identification specialist at with the coroners service, said he was either completely or mostly skeletonized at the time he was discovered.

“He wouldn’t have been recognizable,” said Yazedjian.

She said investigators have done DNA and dental analysis on the man, but nothing came up.

“He’s entered into our DNA database, the DNA profile has been sent to the national DNA database, he’s published on Canada’s national missing website,” said Yazedjian. “We’ve done almost all we can.”

Now, a collaborative partnership between the RCMP, the BC Coroners Service and the New York Academy of Art is working to reconstruct 15 faces from unidentified human remains found in Canada.

“In my opinion, this project is thrilling," said Yazedjian. "We are so happy to be doing this."

A replica of each of the 15 skulls was 3D-printed and transported to New York so forensic sculpture students can reconstruct the faces using clay.

“These were the 15 best skulls we had available to us and because they are fully representative and easier to scan they will give a clearer picture,” said Watson.

The technology allows investigators to send an exact replica of each skull without having to transport human remains.

“It is just a fantastic development,” Yazedjian said. “Hopefully, we'll be able to finally have some answers for some people who have been waiting for decades to find out what happened to their loved ones.”

Once the faces are complete, the BC Coroners Service hopes to be able to answer many questions about the cold cases, including who the people were and how they died.

“For us, it is a win-win because we are then able to generate leads and tips that may lead to the closure of an investigation,” said Watson.

All of the reconstructed faces are expected to be finished this week and they will then be photographed and on display on Canada’s Missing website.