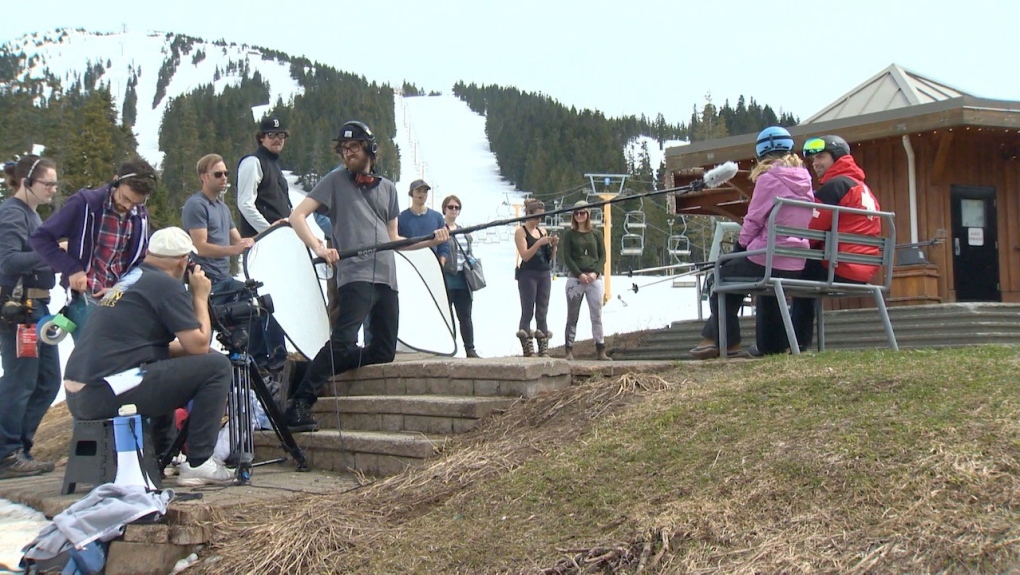 Jacqui Kaese and her partner Lynne Carrow formed CK Casting in Nanaimo around six years ago, when the industry started picking up on the island. She says business is currently “just going gangbusters.”

She says with many productions in Los Angeles on hiatus due to COVID-19, B.C. is benefiting greatly.

“Yes, we’re grateful and we’re more grateful because our fabulous locations on the island are being discovered and productions are coming here,” Kaese says.

She says a major production on the South Island is about to go before the cameras next week along with another production for Hallmark. She says those will be followed up in another four to six weeks by another series of movies that have shot on the island before.

“And then of course our beautiful, adored Chesapeake Shores is back for season five in the Mid-Island -- Parksville, Qualicum, Nanaimo areas -- and we’re absolutely delighted that Chesapeake is coming back. We’re all ‘Chessies’ and we’re family,” she says.

Kaese says for her business, COVID-19 didn’t really slow things down. But it has greatly changed the way the industry is now working.

“The whole scenario has changed so the audition process is all on Zoom, the call-backs, most of the table reads, very little is in person now until you’re actually booked,” she explains.

“When you’re on set there’s a COVID Officer and protocols are followed and some of the big shows do testing in advance and then others do testing when you get there.”

That change has been beneficial for local actors trying to get their foot in the door on the productions.

“What we’ve seen is a huge increase in hiring local actors. Most of the time the main leads come out of L.A. and in the past a lot of the supports have come out of L.A.” says Kaese.

“But the way in which the industry has grown with the abundance of local talent, we’re seeing more and more people that are cast locally,” she says.

She says more productions are coming to casting companies like hers to find people locally. Instead of having to travel back and forth to Vancouver for auditions, they’re now doing them through Zoom and more island people are being cast.

“It’s fabulous, the opportunities that are being created for these local actors,” she says. “There is every indication that it’s going to continue and as long as we keep building the infrastructure here and the training through North Island College and the schools like myself (Spotlight Academy) it’s fabulous what is happening.”

Kaese says the public should watch for upcoming notices for open casting calls which should be posted soon.