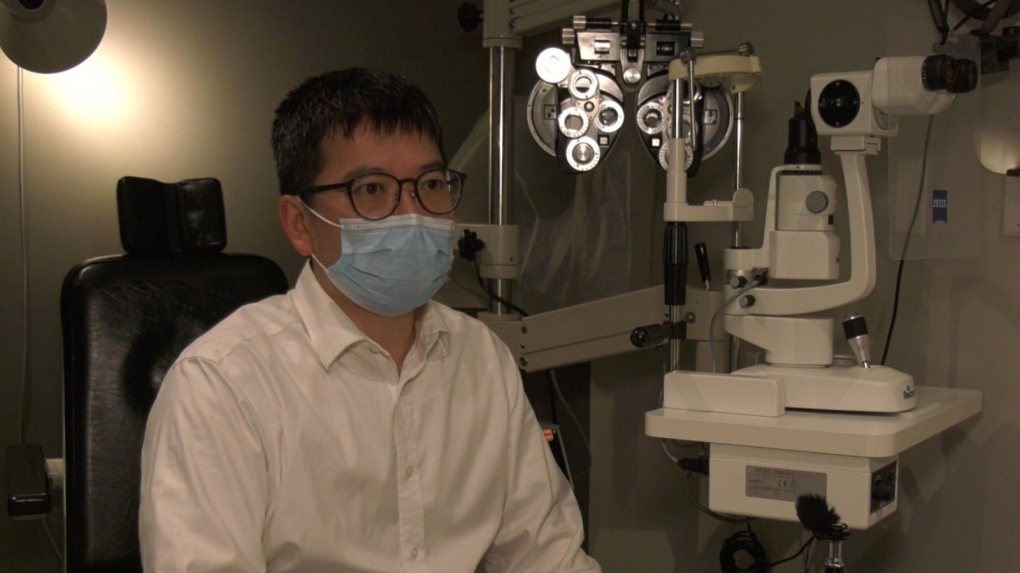 VICTORIA -- Since the start of the COVID-19 pandemic and the restrictions that have come with it, people are spending more time in front of a screen, whether it be their TV, computer, tablet or phone.

A survey conducted by the BC Doctors of Optometry (BCDO) reveals that nearly half (48 per cent) of British Columbians are concerned about increased screen time during the pandemic and its impact on their eye health.

During the first six months of the pandemic, the most common eye conditions reported included itchy or irritated eyes, dry eyes, headaches and eye floaters.

Even with all of those symptoms, nearly a third of British Columbians surveyed (30 per cent) did not take action to address their eye health concerns.

“Many visual complaints will happen gradually and people learn to adjust or adapt and don’t notice the change when it happens slowly,” says Dr. Victor Chin with Saanich Optometry. “It’s important to get them checked, even if you think they are OK.”

Some symptoms may have a simple solution, while others may offer insight into something more complicated, says the optometrist.

The research survey done by the BCDO indicated that 73 per cent of British Columbians have experienced at least one eye concern or condition during the pandemic.

Fifty-five per cent of the people surveyed held the perception that eye health concerns did not require medical attention. Concerns about COVID-19 was another factor for people not seeing an optometrist or doctor to address their symptoms.

“Eye-strain type conditions can result in many types of symptoms,” according to Chin. “Once we identify the source and cause of the strain, we can better address it to make sure it’s more comfortable now and moving forward so there’s no long-term harm to the eyes.”

There are things people can do to help prevent some of that eye strain.

“Make sure you take breaks from the screens,” Chin says. “You want to consciously blink a little more, look away from the screen. There’s the 20-20-20 rule where you look 20 feet away every 20 minutes for 20 seconds just to take these breaks.”

With the holiday season fast approaching and families unable to connect in person, there will be much more time spent on FaceTime, Zoom and Skype.

You can also expect more electronics under the tree as well, which will only encourage more screen time on gaming consoles, phones and computers.

According to the BCDO, there are plenty of resources for British Columbians to access so they can receive proper eye treatment without putting their safety at risk.

People can use the ‘Find a Doctor’ tool on the BCDO website to locate an optometrist in their area.

“If you have any eye concerns, it’s important not to ignore it,” Chin says.

The survey conducted by the BCDO generated responses from 1,000 British Columbians, representative of the population across the province from Aug. 7 to 11.