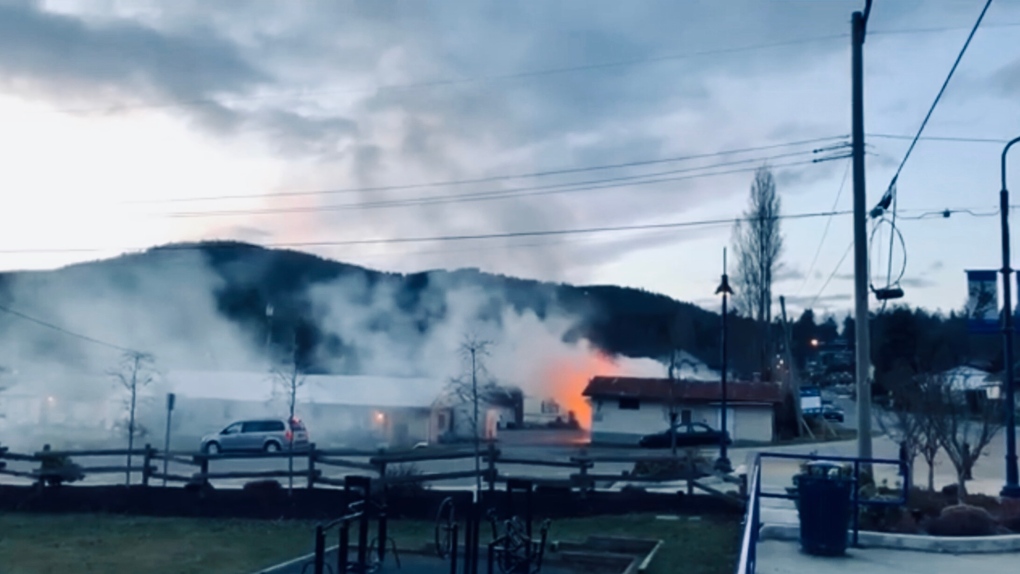 Twenty-two firefighters responded to the blaze, including mutual aid from two other departments. (Chase Gamble)

NANAIMO -- Smoke alarms are being credited for saving a woman’s life after a fire broke out in a Crofton home Monday.

The woman was treated by BC Ambulance for minor burns after the fire broke out while she was asleep.

The fire broke out just after 7 a.m. at a rental complex on the corner of Joan Avenue and Queen Street.

Members of the Crofton Volunteer Fire Department were on scene within five minutes but the building was fully involved when they arrived. 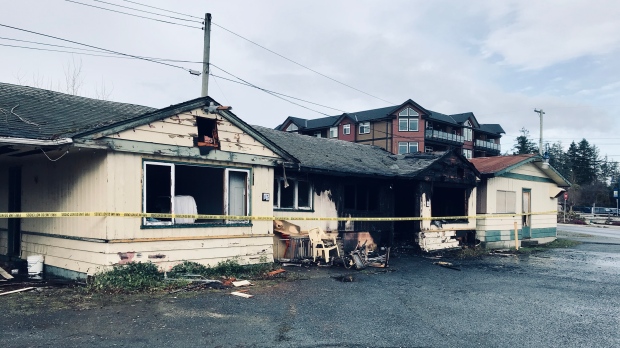 Twenty-two firefighters responded to the blaze, including mutual aid from two other departments.

The fire spread to a neighbouring unit but the resident was not home at the time. It also spread to the complex's laundry room.

All three units sustained heavy fire and smoke damage and two people have been displaced.

The cause of the fire is unknown at this time and is still under investigation.