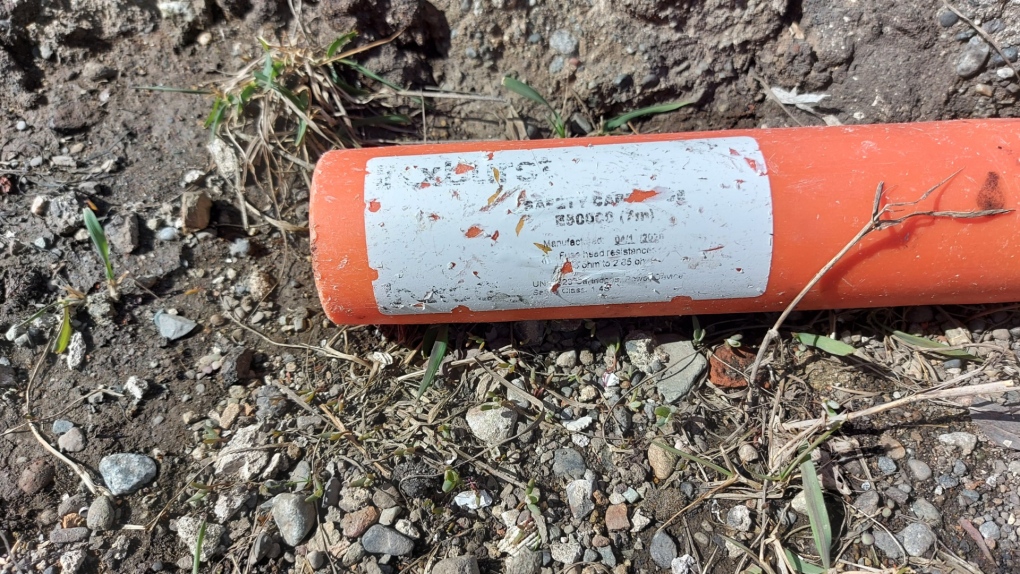 VANCOUVER -- Police in Oak Bay, B.C. say they have destroyed an explosive device that washed up on a beach in the Vancouver Island community.

A member of the public found the orange cartridge on a beach about 100 metres from the end of Repulse Street, according to a news release from the Oak Bay Police Department.

Officers were dispatched to the beach around 1:20 p.m. Saturday. They found what police described as a "Nxburst cartridge," a type of "non-detonating blasting technology used to break rock and concrete."

"Designed as a safe alternative to traditional explosives, they are used in a wide range of construction, demolition, mining, and quarrying environments," police said in their release.

The device appeared to have been in the water for some time before washing up on the beach, police said.

Officers consulted with members of the Victoria Police Department's explosive disposal team, who used a robot to safely remove the device from the beach. The item was later destroyed at a safe location, police said.

"The markings on the device were quite faded and at this time police do not know where the device came from or how it ended up in the ocean," they said in their release.

In a post on Twitter, the department thanked the person who notified police about the device, sharing photos of the object itself and the robot officers sent to retrieve it.

Thanks to the resident that called in the explosive device he found washed up on the beach this afternoon. OBPD with assistance from Vic PD Explosives Disposal Unit safely removed and destroyed the industrial explosive. pic.twitter.com/RlaEalDB4w