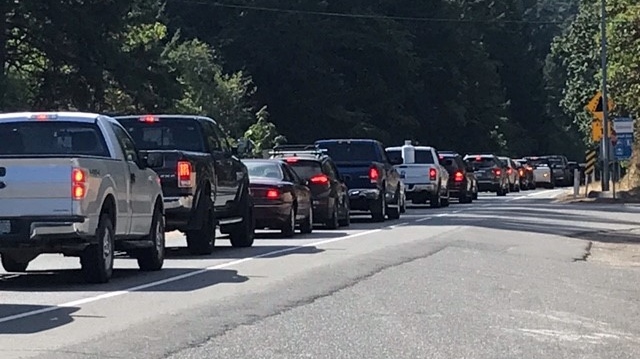 Traffic can be seen backed up on the Trans-Canada Highway south of Goldstream Park on Aug. 15, 2022. (CTV News)

A gravel truck crash slowed traffic on the Trans-Canada Highway west of Victoria on Monday.

The northbound lanes of the highway were closed south of Goldstream Provincial Park early Monday afternoon as workers tried to recover the vehicle.

At the time, Emcon said drivers should "expect major delays" due to the incident.

The highway reopened around 3:30 p.m., though drivers were still being warned to expect delays due to traffic congestion.

There is no information on potential injuries at this time.