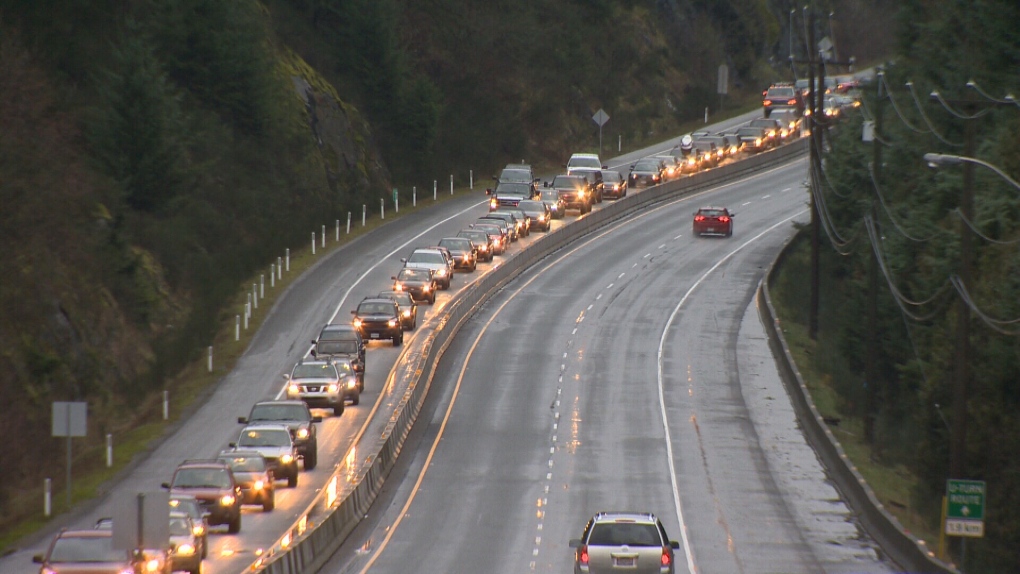 File: Traffic is shown on the Malahat Highway in this undated photo.

B.C.'s transportation ministry says it will share details soon on possibly adding a second route around the Malahat Highway in the event of an emergency.

The suggestion has been raised following a number of high-profile crashes that shut down the Malahat, which is the only major highway in and out of the South Island, for hours at a time.

The ministry told CTV News it "continues to work with all stakeholders, including the Capital Regional District, to ensure all possible detour options for the Malahat are being explored and environmental, First Nations, and local community interests are understood."

It added it expects to share more details on the ongoing work in the "very near future."

In fall 2018, Transportation Minister Claire Trevena directed staff to explore the viability of a second emergency route that would bypass the Malahat if a crash or natural disaster shut it down.

The ministry said it would analyze the "scope, location and size" of the possible route to see if an emergency route would make sense.

In both cases, the ferry that shuttles vehicles between Mill Bay and Brentwood Bay quickly sold out as it usually does when crashes shut down the Malahat, leaving many stuck on either side of the highway.

Chris Foord, the chair of the CRD Traffic Safety Commission, said at the time the state of the Malahat was "totally inadequate" and called the route the weakest link of all B.C. highways.

An estimated 24,000 vehicles use the highway daily, according to the ministry.