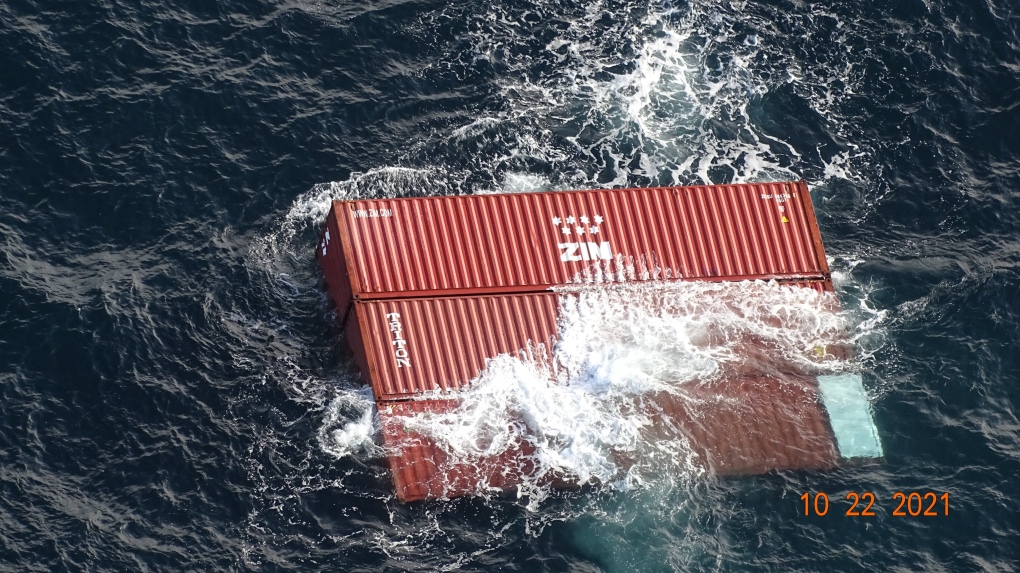 The containers were adrift approximately 69 kilometres west of Vancouver Island just before 3 p.m., according to U.S. officials. (USCG)
Victoria -

The Canadian Coast Guard and United States Coast Guard are warning boaters after 40 shipping containers were tossed from a cargo ship Friday in rough seas off Vancouver Island.

The containers were adrift approximately 69 kilometres west of Vancouver Island just before 3 p.m., according to U.S. officials. 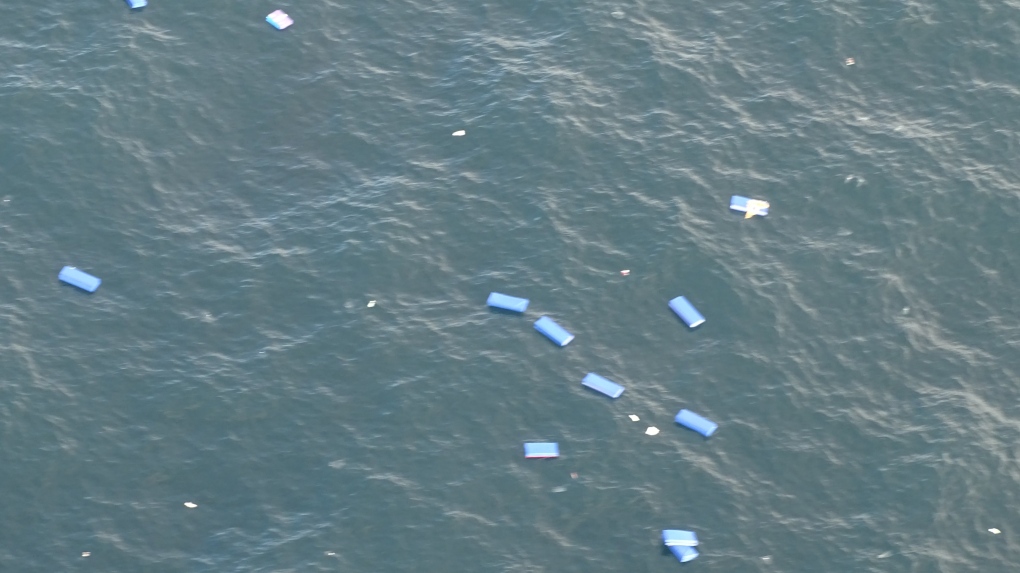 The cargo vessel Zim Kingston was inbound for Vancouver when it listed to one side, dropping the containers into the ocean near the mouth of the Strait of Juan de Fuca, the authorities said.

The U.S. Coast Guard Navigation Center sent out a broadcast to mariners Friday afternoon warning that the lost containers may be partially submerged and not easily visible from the surface.

The Canadian Coast Guard also sent out a notice on NavWarn about the affected area. 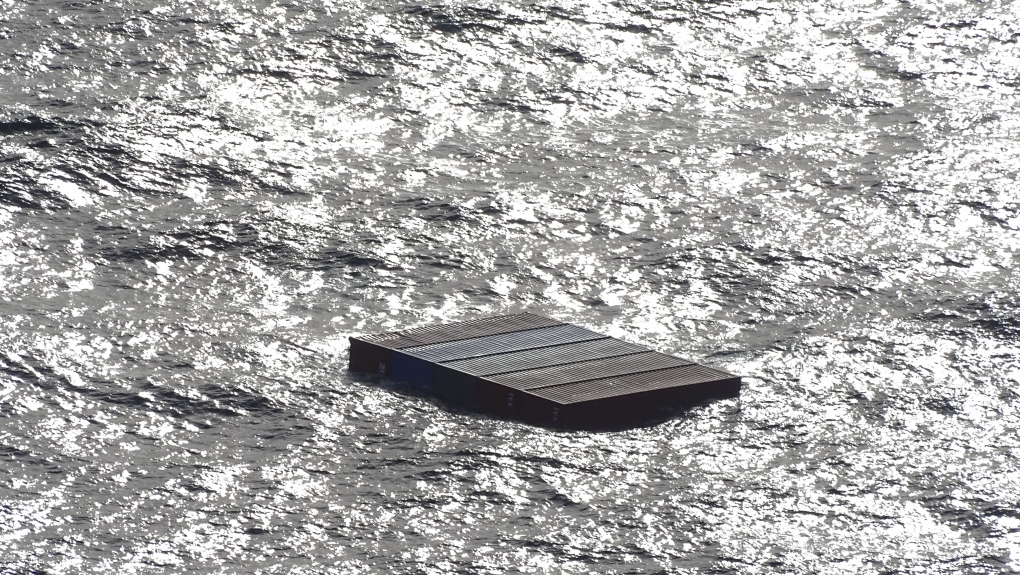 Eight of the containers had been located by 4 p.m., according to a spokesperson for the U.S. Coast Guard's 13th District in Seattle, Wash.

Two of the lost containers contain hazardous materials that could spontaneously combust, the spokesperson said.

The Zim Kingston reported that two crushed containers on deck also contain the same hazardous and combustible material, according to the U.S. Coast Guard. 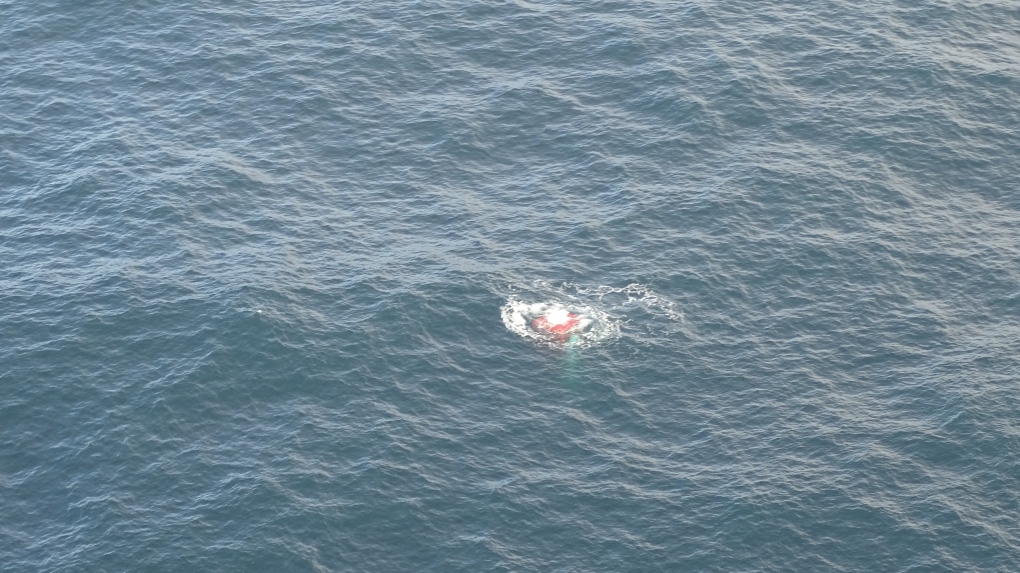 The containers were adrift approximately 69 kilometres west of Vancouver Island just before 3 p.m., according to U.S. officials. (USCG)

The Canadian Coast Guard says it is assessing the incident "to determine if there are pollution threats and hazards from the containers."

The organization says it's working with its U.S. counterparts under the Joint Response Team Canada-US Pacific Annex to monitor the situation.

The Maltese-flagged vessel was at the Constance Bank anchorage south of Victoria at 4:30 p.m. The Canadian Coast Guard says it is "currently safely at anchor."

#UPDATE 35 containers have been observed floating and are being monitored.