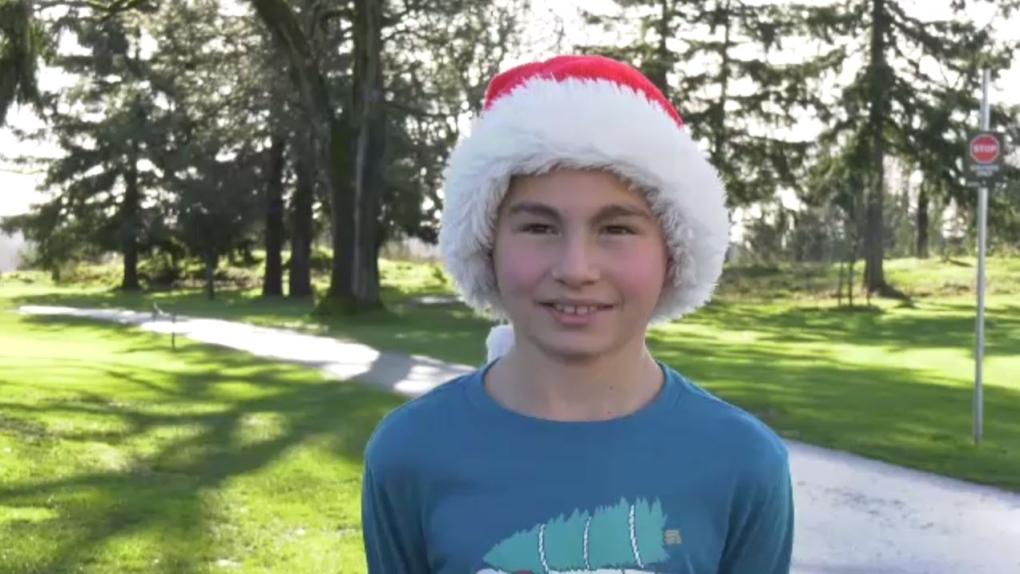 With so many people in need this holiday season, one 11-year-old boy with a passion for running has decided to use his skill to raise money for CFAX’s Santas Anonymous, an island charity that donates gifts and hampers to families during the holidays.

Nikolas Tolias will set out this Sunday morning and run three times around the Cedar Hill Golf Course in Saanich, B.C, for a total of 10 kilometres. He's hoping to raise $10,000 for the Christmas charity with his fundraiser.

As of Friday, he's raised roughly $4,300 on his fundraising page which he started at the end of October.

The young runner and his family donate toys every year to CFAX’s Santas Anonymous, but this year, he felt the need was much greater.

"I’m doing this because I feel like every Christmas that every kid deserves a present, ‘cause it will just bring warmth to their heart that they’re not forgotten," said Tolias.

"If you can make a difference, you should make it, like in a good way, ‘cause on the bright side it will probably change the whole world," said the 11-year-old.

Nikolas plays soccer regularly and runs around the Cedar Hill Golf Course every week with his mom, one of his favorite things he likes to do.

This fundraising run will only be the second time he has run 10 kilometres all in one go, which he expects to complete in an hour alongside his mom.

He is grateful to all the people who have donated so far, but he says he can only reach his goal with everyone’s help.

On Friday afternoon, Tolias received some big help in his fundraising goal.

Realtors from REMAX Generation have decided to help Tolias by matching donations to his fundraising page until he meet his goal of $10,000.

For example, your $100 donation turns into a $200 donation between now and Sunday when the fundraising campaign ends.

Tolias says by helping him, you will help hundreds of kids wake up the same way he does on Christmas morning, with excitement and a smile in his heart.

"This has been a tough year for so many people, and if you can just give a little or a lot to those people who are in need of things, it will make them happy and it will just make them understand that they are not forgotten and they will always have a bright side to look forward to," he said.

Tolias will start his run at 8 a.m. along with his mom, rain or shine, at the Cedar Hill Golf Course clubhouse on Sunday morning.