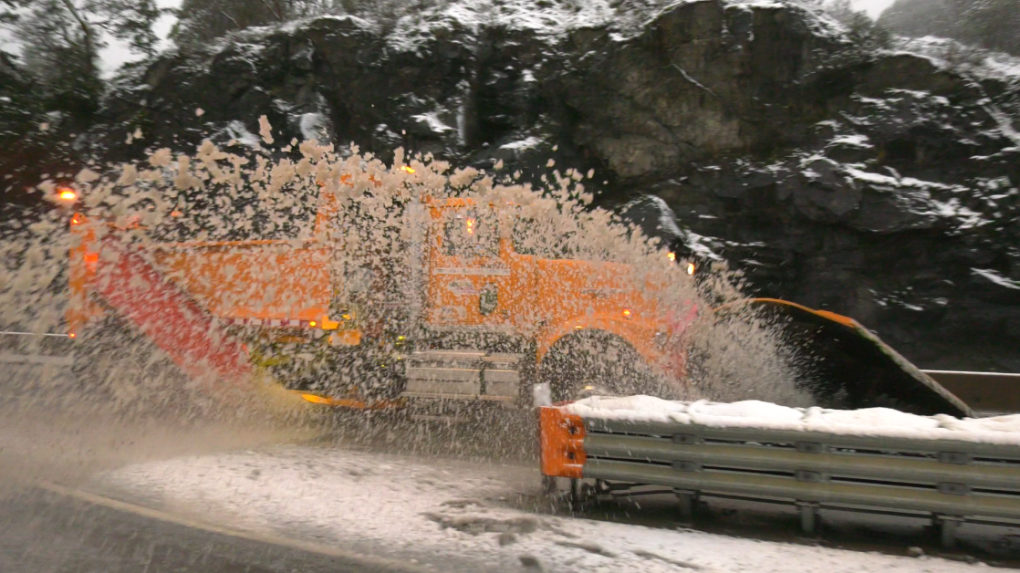 The weather service says two to four centimetres can be expected at higher elevations in the southern and eastern sections of the island.

Forecasters expanded the areas covered by the warnings Friday to include the southern Gulf Islands, Qualicum Beach and the island's interior regions.

"Be prepared for slippery road conditions, especially across the Malahat," the special weather statement added.

"What’s working in our favour for this event is that the ground is still warm enough that most of the snow that falls will melt on impact, hence why accumulation concerns are low," said CTV News Vancouver Island weather anchor Warren Dean.

"Obviously those high elevations will see more snow staying on the ground. Being on the northside of this system, it’s a glancing blow for the island," he added.

However, another weather system is on the way with a higher probabilty of blanketing the region.

"The system moving in Sunday night through Monday is bigger with more moisture within it," Dean said. "I see that one having a bigger impact than the one tonight. Snow will be more widespread and has the potential to leave some bigger totals behind."