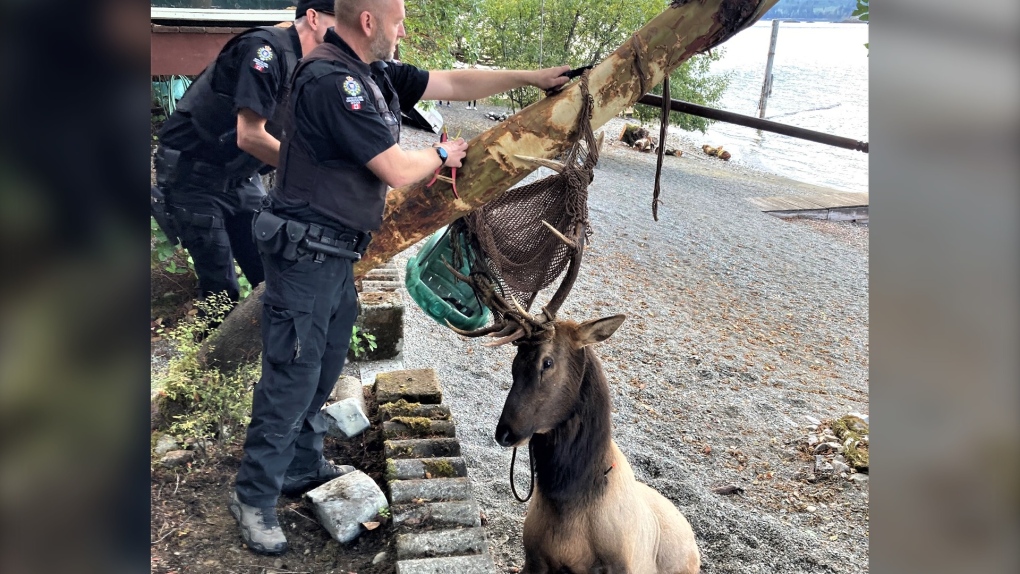 Conservation officers helped free an elk that was tangled in a hammock in the Vancouver Island town of Youbou earlier this month.

On Thursday, the BC Conservation Officer Service posted a picture of the elk on social media, which also showed the animal's antlers caught in a child's swing set.

To free the elk, conservation officers tranquilized the animal before untangling its antlers. The officers also attached a tag to the elk before it was released.

The conservation service says that this is the third elk to be caught in hammock or fence within the past month in B.C.

Conservation officers are asking that residents remove any "possible entanglements" from their properties which may pose a risk to wildlife.

Anyone who sees an elk that's tangled or stuck is asked to call the BC Conservation Officer hotline at 1-877-952-7277.