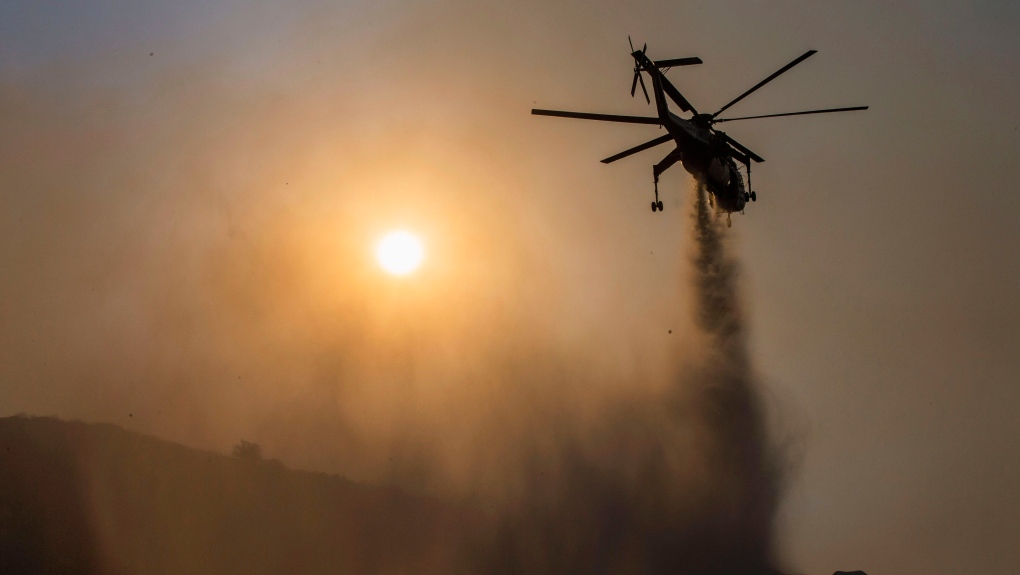 Forecasters in the United States say California faces an “extremely critical risk” of further wildfires as winds whip up blazes that have destroyed more than 200 homes and buildings north of Vallejo. (AP Photo/Gregory Bull)

COQUITLAM, B.C. - A crew of 75 Canadian electrical technicians, mechanics and safety workers, along with all their gear, is on the way to the northern California city of Vallejo to assist as wildfires char parts of the state.

Crews from Rokstad Power, based in Coquitlam, B.C., set out Tuesday, a day after company owner and CEO Aaron Rokstad says his company was contacted by officials in California asking for help.

Forecasters in the United States say California faces an “extremely critical risk” of further wildfires as winds whip up blazes that have destroyed more than 200 homes and buildings north of Vallejo.

California power provider PG&E has been shutting off electricity for millions of customers in order to reduce the risk of fires sparked by downed wires.

Rokstad says his company was called because it has done contract work for U.S. utilities after other disasters such as hurricanes and his crews and trucks clogged up the border crossing for hours in a rapid deployment.

He says their duties in Vallejo will include rebuilding fire-damaged power lines in what could be round-the-clock shifts of dangerous work.

“Once the areas are deemed safe and the fires are out, we will come in behind and start rebuilding the - I guess for lack of a better word - the burnt down infrastructure, overhead power lines, towers, poles ... so they can get these people's power back on.”

Rokstad says he expects power for some northern California residents could be out for weeks.

PG&E said the power that was shut down Tuesday would affect about 1.5 million people in some 30 counties including the Sierra foothills, wine country and the San Francisco Bay Area, the Associated Press reported.

As many as 200,000 people have been displaced in northern California and about one million people across the state are still without power from a blackout over the weekend.

No deaths have been reported from the fires, but toppled trees claimed three lives.

With files from The Associated Press.

This report by The Canadian Press was first published Oct. 30, 2019.