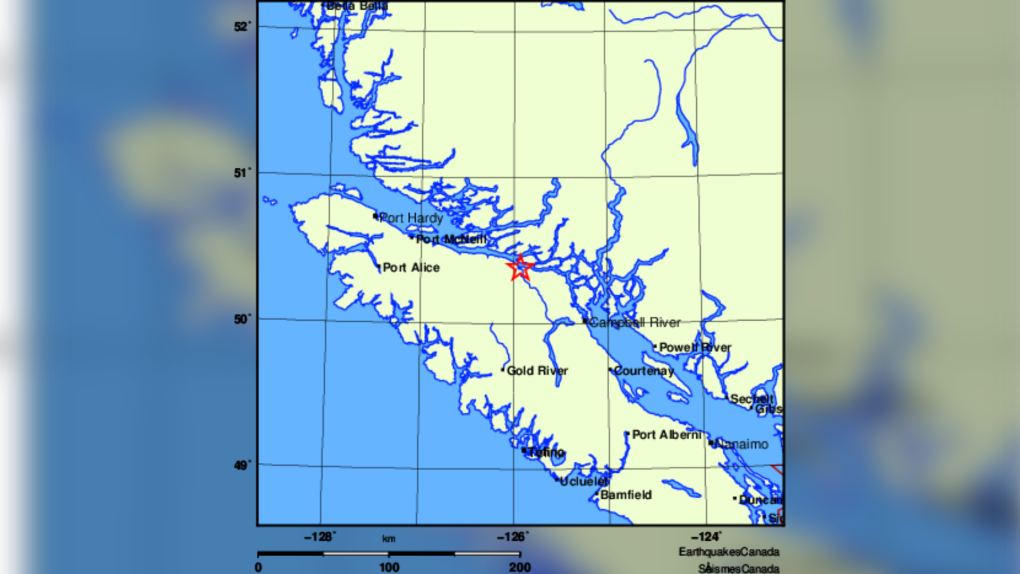 The 2.9-magnitude earthquake occurred at a depth of roughly four kilometres near the Village of Sayward, around 12:19 p.m.

According to Earthquakes Canada, the tremor was "lightly felt" by residents of the community.

No damage occurred in the earthquake, and none would be expected, said the organization.

Wednesday's quake comes one day after a 3.6 magnitude earthquake struck off the coast of West Vancouver Island. The distant rumbling was not felt by island residents but was detected by Earthquakes Canada.