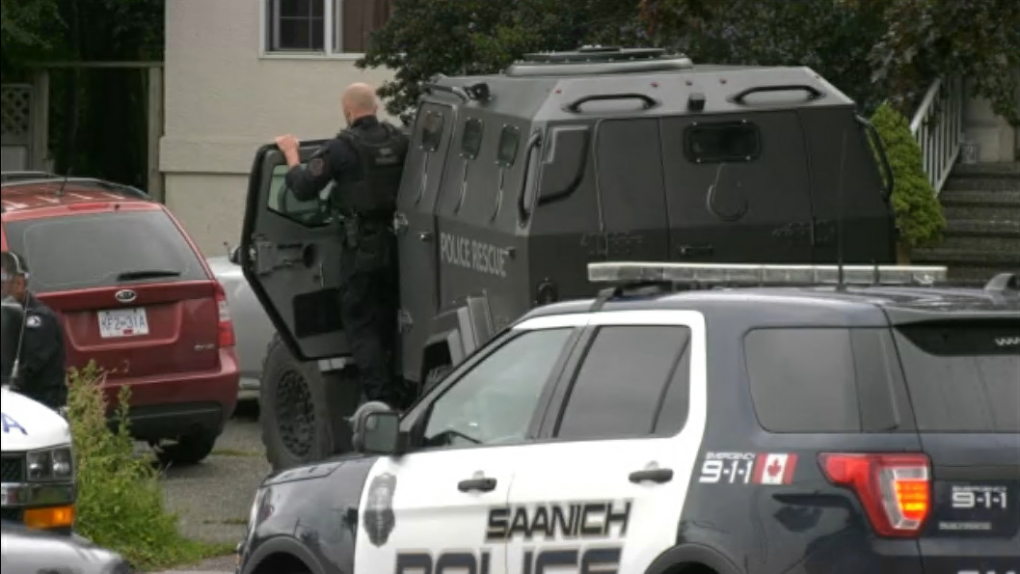 People living in a Saanich neighbourhood woke up to a heavy police presence on Saturday morning. (CTV)

VICTORIA -- People living in a Saanich neighbourhood woke up to a heavy police presence on Saturday morning.

Saanich police were called to the area of Royal Oak and Wilkinson Road at 7:40 a.m. for a man who barricaded himself inside a home and was having a "mental health crisis," according to police.

“This man was eventually located inside a home in that area, which police contained and negotiated with him to come out,” said Const. Markus Anastasiades.

The Greater Victoria Emergency Response Team and trained negotiators were called to assist after several safety concerns were identified.

Anastasiades said at 10:30 a.m. the man walked out on his own, where he was apprehended by police. He was transported to the hospital.