Cruelty charges have been laid against a Duncan couple in what the BC SPCA is calling one of the most horrific cases of dog abuse they've ever seen.

Special constables were called to the rural property east of Duncan and found a medium-sized brown dog on a chain that was only inches long. He was standing in a large pile of mud and feces, according to the SPCA.

“As they got closer there was an overpowering stench and they realized that, not only was the dog severely emaciated, but his collar was deeply embedded into his neck, causing massive infection," SPCA Chief Prevention Officer Marcie Moriarty said in a statement.

The festering wound was so infected, the animal's head had swollen to nearly three times its normal size, the SPCA said. 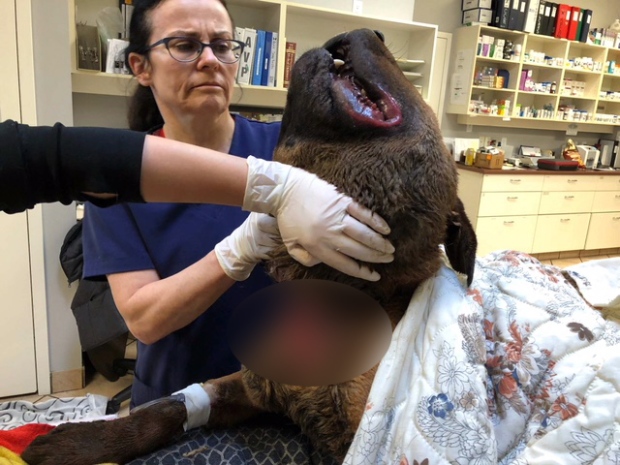 Constables had to use bolt cutters to free the dog and rushed him to an emergency veterinary clinic.

“This is one of the most profoundly shocking and disturbing cases of abuse we have ever witnessed,” said Moriarty. "The wound from the embedded collar exposed the dog’s trachea and jugular vein – it was horrific."

While veterinarians worked around the clock to save the dog's life, he eventually succumbed to his injuries two days later.

Joe and Tooshley could face up to five years in prison and could receive a $10,000 fine and lifetime ban on owning animals if convicted, Moriarty said.