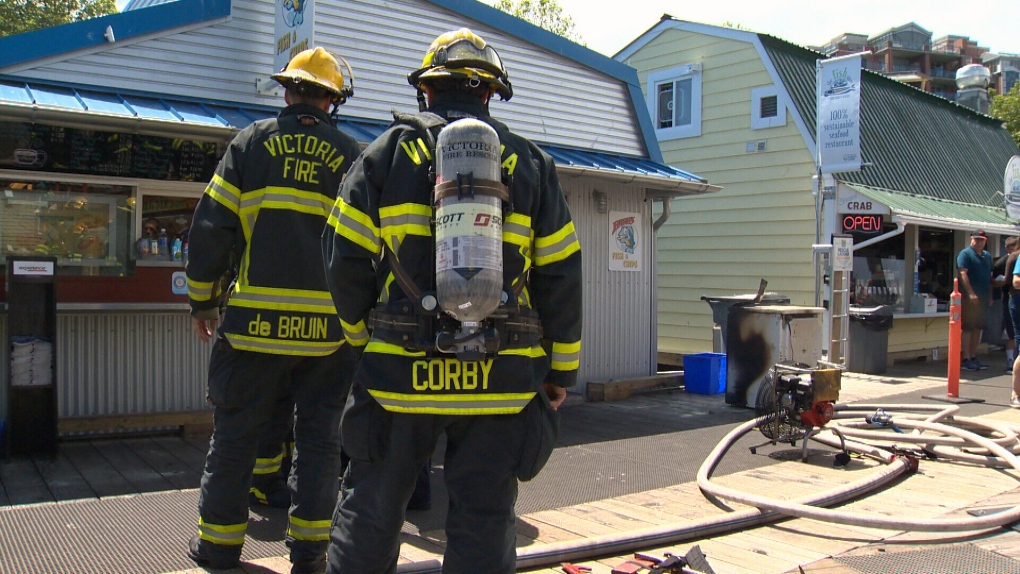 A dryer fire forced the evacuation of a popular fish and chips restaurant at Fisherman's Wharf in Victoria Thursday afternoon.

Fire crews were called to Barb’s Fish and Chips just after 1 p.m. and arrived to "substantial smoke" pouring out of the building.

Rags inside of an upstairs dryer had caught fire, according to firefighters.

They extinguished the blaze while staff and customers at the restaurant made it out of the building without injuries.

Clogged vents aren't expected to be the cause because the dryer is new, according to Victoria Fire Battalion Chief Jeff Zigay.

The business suffered major smoke damage and some water damage. Despite that, operators hoped to have it back up and running later Thursday.