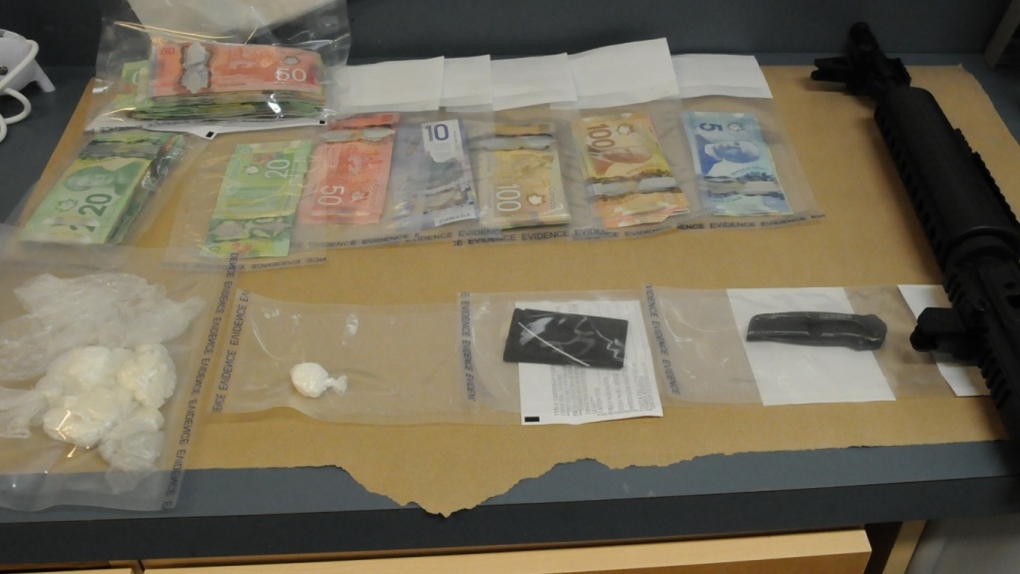 VANCOUVER -- Police in Campbell River say they have arrested an 18-year-old man for drug trafficking in a local park.

The arrest happened on Wednesday, May 12, as the young man was meeting with another man in Willow Point Park, according to a news release from Campbell River RCMP.

As a result of the arrest, police said, officers seized 33 grams of crack cocaine, 15 grams of powder cocaine, a replica AR-style rifle, a 2014 GMC Sierra pickup truck and more than $11,000 in cash.

In the RCMP release, spokesperson Const. Maury Tyre called the arrest "an excellent example of how the allure of easy money can drag young people into the drug underworld."

"Unfortunately, it's something that seems to be happening more and more in the drug trade as younger people are recruited by gangs and larger suppliers," Tyre added.

The arrest comes amid a surge in calls for police service in the North Island city.

Tyre did not speculate on the reason for the increase in the RCMP release, but he did attempt to reassure the public that their calls for help will be answered.

"With an increase in case load, there are bound to be growing pains, and we recognize that," Tyre said. "What happens in busier times is that files are triaged and a quick response may not be forthcoming. Life and limb calls will always receive an immediate response, but it may take a bit longer for property files, traffic complaints, or bylaw-type files."