Driver taken to hospital after truck slams into Victoria apartment

Driver taken to hospital after truck slams into Victoria apartment 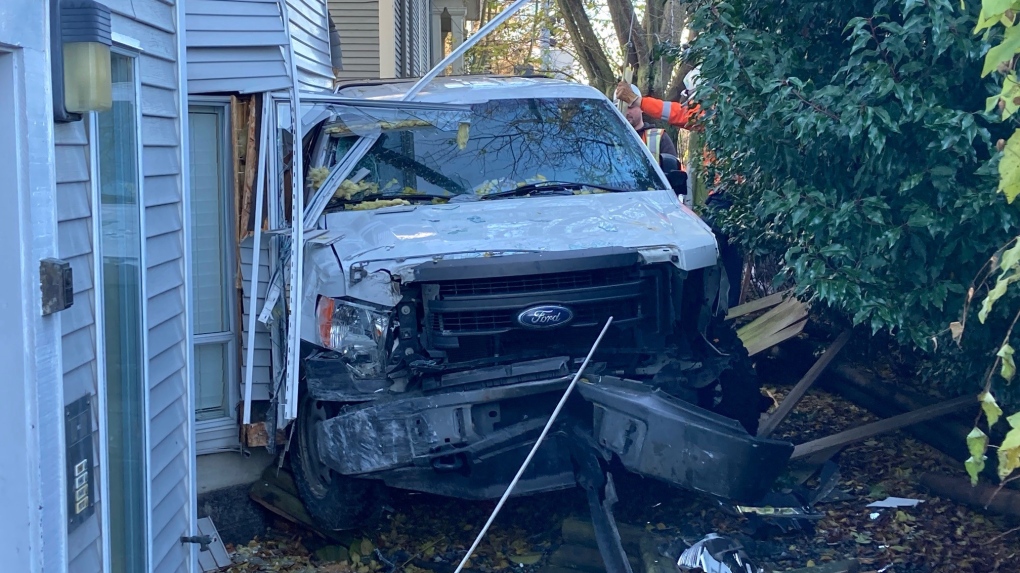 Traffic was being rerouted in Victoria's Fernwood neighbourhood Wednesday morning after a pickup truck slammed into a three-storey apartment building. (CTV News)

One person was taken to hospital Wednesday morning after a pickup truck slammed into a three-storey apartment building in Victoria's Fernwood neighbourhood.

Firefighters and police were called to the scene at 1401 Johnson Street at approximately 8:15 a.m.

Officials say one other vehicle was involved in the collision, which sent one driver to hospital with unknown injuries.

A woman was inside the lower-floor suite when it was struck by the pickup. She was uninjured but went to the nearby fire hall for shelter while crews worked to extract the truck and assess the damage to the building.

Crews from BC Hydro were also on scene to repair a heavily damaged power pole.

Firefighters said it was unclear whether the collision was weather-related after a snowstorm Tuesday caused collisions and major delays on roadways across Vancouver Island.

Traffic was being rerouted away from the scene Wednesday while Johnson Street was closed at Fernwood Road.