VICTORIA -- A driver was taken to hospital with life-threatening injuries after two semi-trucks collided on the Nanaimo Parkway Wednesday morning.

The crash happened at approximately 7:40 a.m. just north of the Island Highway and Northfield Road intersection. 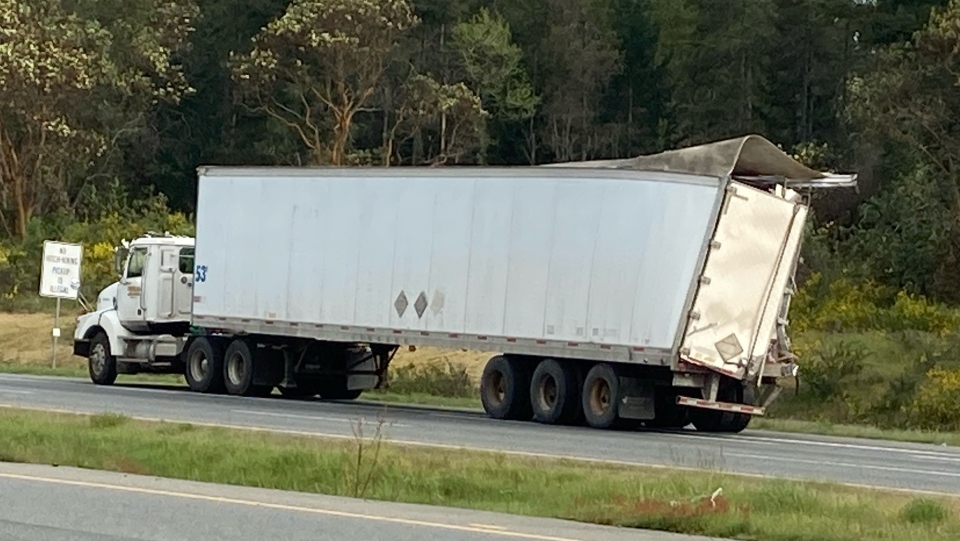 One driver, a 35-year-old woman, was taken to hospital for treatment of life-threatening injuries after her semi-truck crashed into the rear end of another transport truck, according to Nanaimo RCMP.

The other driver, a 71-year-old man, was uninjured and remained at the scene to speak with investigators, say police. 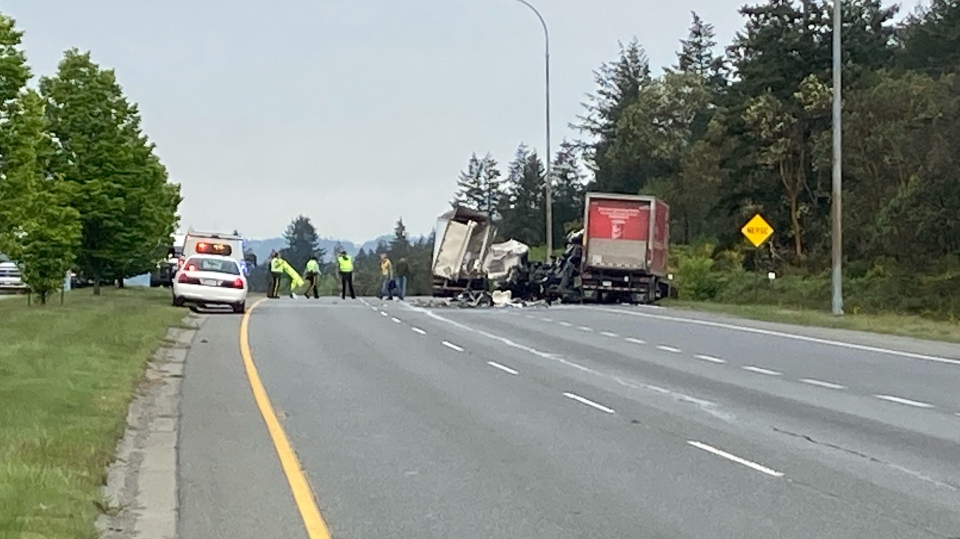 Mounties say the female driver remains in hospital with life-threatening injuries as of Wednesday afternoon.

Northbound traffic was blocked along the Nanaimo Parkway on Wednesday morning. Traffic has since reopened and both semi-trucks have been removed for mechanical inspections, say police.

Anyone with information on the crash, or who may have dashcam footage of the collision, is asked to call the Nanaimo RCMP Municipal Traffic Unit at 250-754-2345.