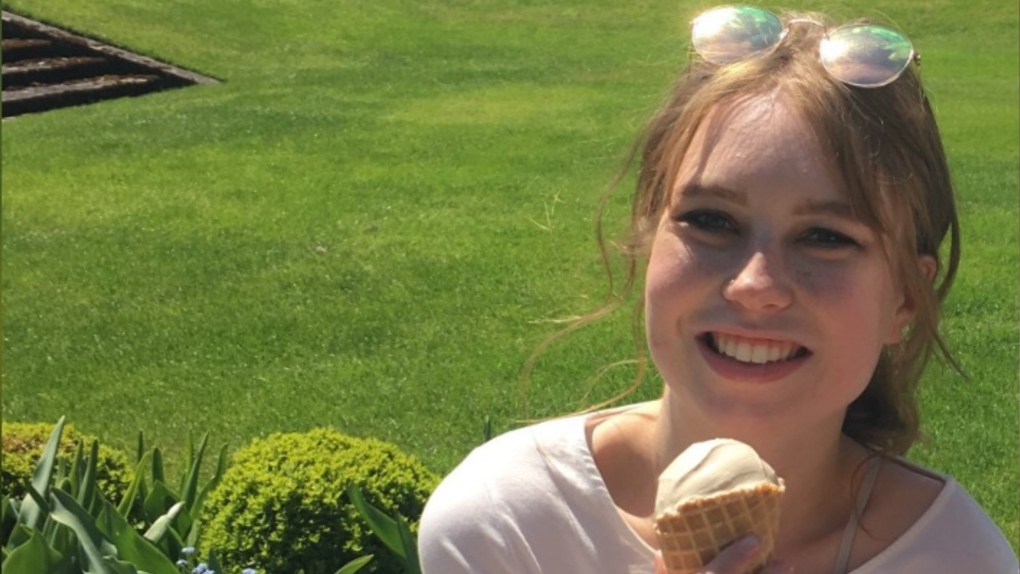 Aisha Strange, 20, was struck on her moped by a minivan that was travelling 110 km/h near the intersection of McKenzie Avenue and Shelbourne Street.

VICTORIA -- A 26-year-old man has been sentenced to two and a half years in prison for his role in a crash that left a University of Victoria student with serious brain injuries last year.

Drake Reynes pleaded guilty to one count each of dangerous driving causing harm and impaired driving causing bodily harm. The driver was sentenced Tuesday for hitting Aisha Strange, 20, near the intersection of McKenzie Avenue and Shelbourne Street in Saanich.

Strange was on a scooter when she was struck by a minivan travelling approximately 110 km/h on July 15, 2019.

Police said Reynes was impaired at the time and tried to flee the scene in his van and later on foot before being apprehended.

The Crown said Monday that Reynes stayed awake the entire night before the crash and was consuming alcohol and cocaine. After he fled the crash, the Crown says he called 911 to turn himself in and admit to what had happened.

Reynes told the court Monday that he made a senseless decision to get behind the wheel and that he is sorry for the pain he caused to Strange and her family.

After the crash, Strange was taken to hospital for treatment of critical injuries and was placed into a medically induced coma one day later.

Since then, she has required 24-hour care, according to a victim impact statement read by her father Monday.

Kevin Strange told the court that Reynes handed his daughter a “life sentence” and that she will live the remainder of her life with the injuries he caused. He said his daughter has lost movement in both her legs and is undergoing physiotherapy to recover the use of her arms.

During the father’s statement, Reynes could be heard sobbing in the courtroom.

The Strange family, who are from Calgary, issued a statement after the sentencing Tuesday, thanking the Greater Victoria community for helping Aisha in the aftermath of the crash.

"We believe that Canadians from coast to coast to coast should feel and express their outrage at the destruction that drunk drivers do," the family added. "We hope that Drake Reynes can likewise find peace with what he did and, starting today, he can begin a new more positive chapter in his life."

In a joint submission by lawyers for the Crown and defence, the Crown asked for two and a half years in prison, plus a five-year prohibition on driving.

The judge granted the two-and-a-half year sentence, and imposed a three-year driving ban upon his release.