Driver safe after truck burst into flames on Malahat Highway

VICTORIA -- Southbound traffic on the Malahat Highway came to a standstill Tuesday morning after a fiery scene involving a semi-truck.

"I pulled into the slow lane and looked into the back window and it was covered in fire," Burns told CTV News. 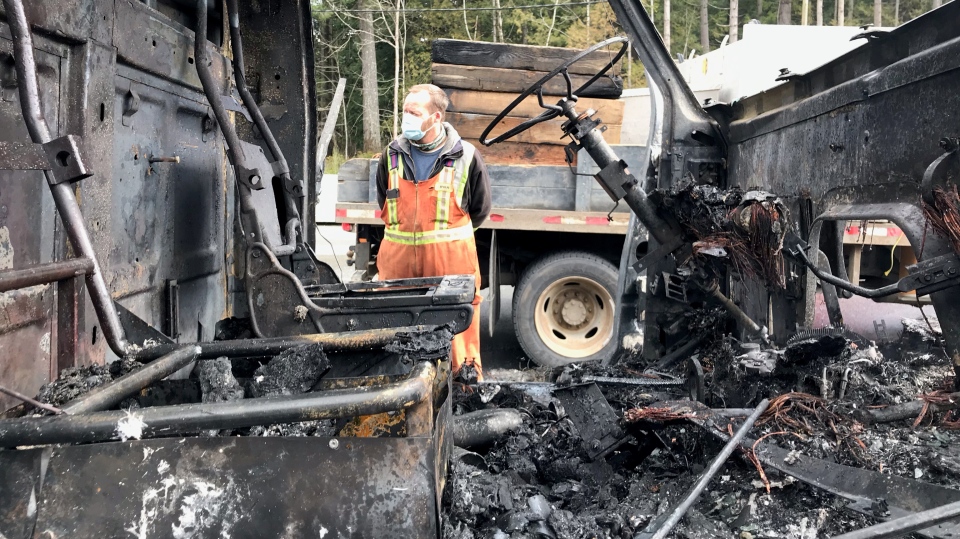 He was unhurt in the blaze but says he narrowly escaped through the passenger door as the gas tank ignited near the turnoff for Okotoks Road, south of Shawnigan Lake Road, just before 10 a.m.

"When I think about opening the door and the plastic door insert melting onto the pavement,  I want to cry," he added. 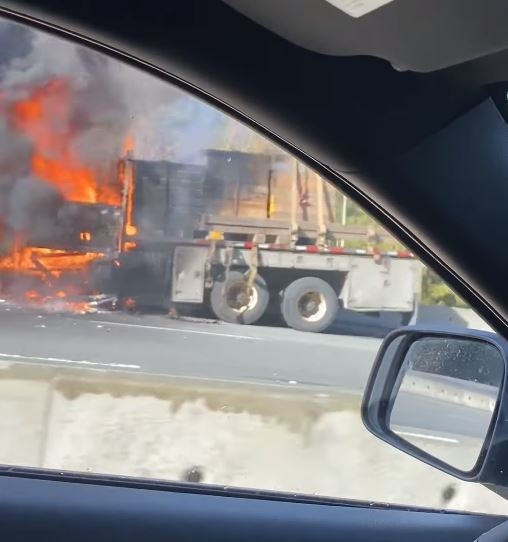 Several passing drivers captured the scene on their cellphones and provided video to CTV News.

Eileen Watson says she was travelling north through the area at 9:55 a.m. when she witnessed the inferno in the southbound lanes.

A resident of the area says he heard an explosion before going outside to see what it was.

"I heard a big, huge explosion and when I came out of my house there was a huge fire ball and smoke that went right up over the trees," said Brian McIlwaine.

Nickel Bros. is still investigating what caused the vehicle to burst into flames.

Burns, the driver, says he plans to buy a lottery ticket after his lucky escape. 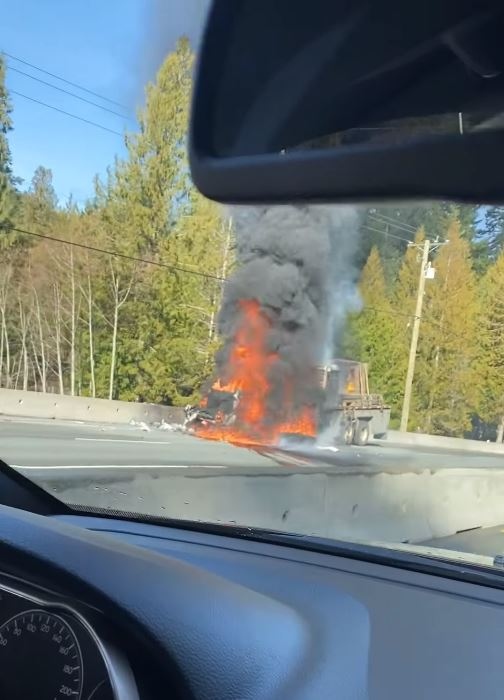 Both southbound lanes of the highway were closed for over an hour before the left lane was reopened after 11 a.m.