Driver in hospital after car shears hydro pole in Victoria 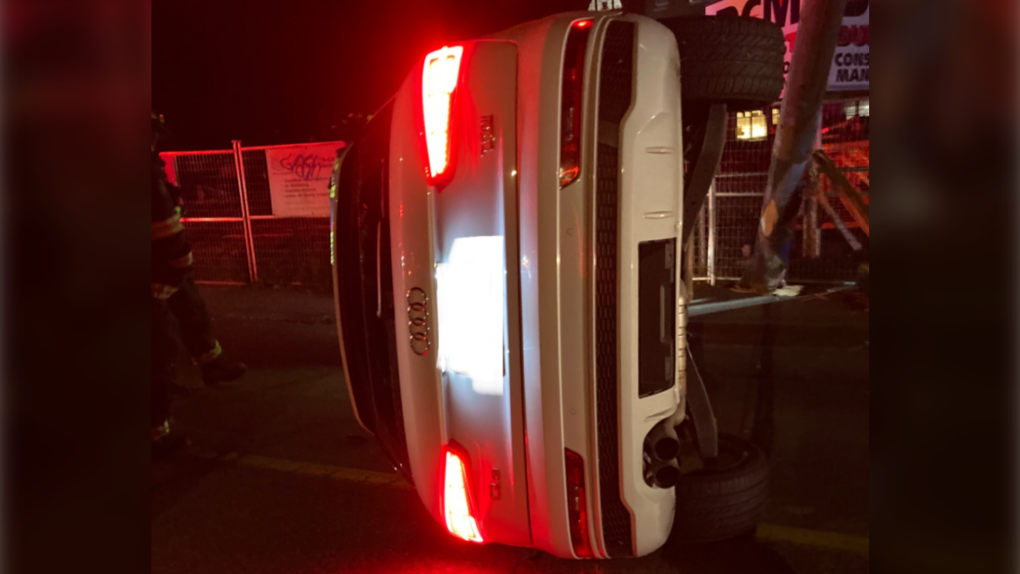 Police say they are investigating to see if speed or impairment were factors in the crash: (Victoria Police)

VICTORIA -- Victoria police say they are investigating after a driver was sent to hospital following a single-vehicle crash in Fernwood early Monday morning.

Police say the crash was reported just before 2 a.m. in the 1900-block of Fernwood Avenue. When VicPD arrived at the scene, officers found a crashed vehicle resting on its side next to a BC Hydro pole that had been sheared.

Police say that the hydro pole was being kept upright "only by its wires" when officers arrived.

The driver, who was the sole occupant of the vehicle, was then taken to hospital by ambulance for treatment of non-life-threatening injuries, according to police.

Investigators say they are still working on determining the cause of the collision, and if speed or impairment were factors in the crash.

Traffic in the area was briefly blocked overnight as firefighters and BC Hydro staff reviewed the scene and ensured the area was safe.