Driver dragged 30 metres while trying to stop carjacking near Victoria

Driver dragged 30 metres while trying to stop carjacking near Victoria 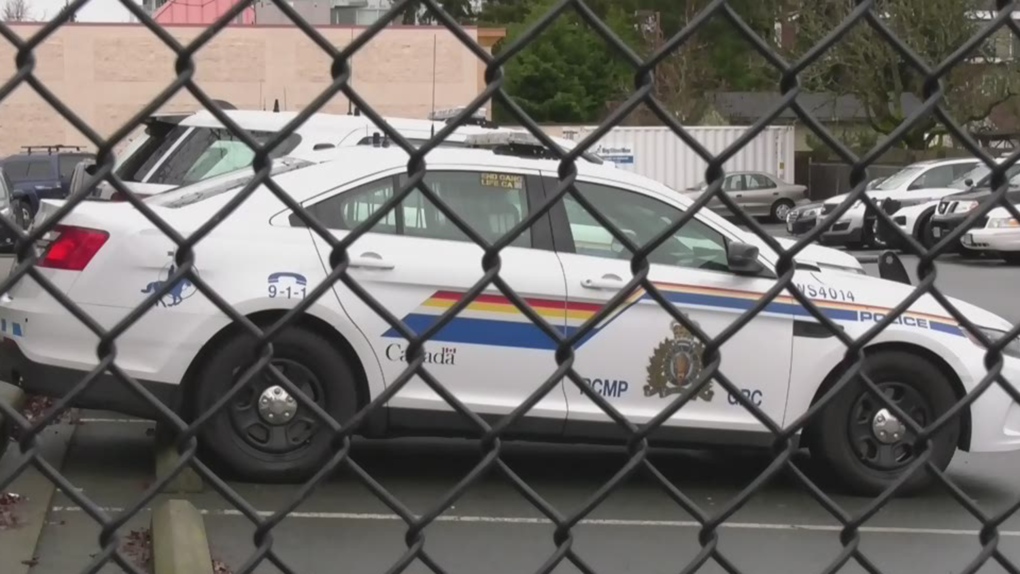 A driver was taken to hospital on Sunday after he tried to stop someone from stealing his car and was subsequently dragged about 30 metres behind the vehicle, according to West Shore RCMP.

Police say they received multiple reports of the carjacking at a Shell gas station in View Royal, B.C., located at 498 Island Hwy.

Mounties say a 56-year-old man had entered a 2002 Mazda Protégé at the gas station while the owner was nearby.

The owner tried to stop the theft and grabbed onto the man, who police have identified as Glenn George, at which point George started driving and dragging the owner about 30 metres.

Police say the owner was taken to hospital where he's expected to make a recovery.

Once in the stolen car, RCMP allege that George drove into a camper van.

He then continued to drive erratically at a high rate of speed along the Island Highway, at some points swerving into oncoming traffic, according to police.

The man then drove into a second vehicle, a Volkswagen Golf. The driver of the Golf followed George and gave police updates on his whereabouts, according to RCMP.

The man eventually came to a stop along Prince Road in View Royal "where he was surrounded by witnesses," police say.

The bystanders prevented George from leaving the scene until Mounties arrived.

"We want to thank the members of the public who alerted the police and prevented George from leaving the scene," said Insp. Stephen Rose, officer in charge of operations at West Shore RCMP, in a release Tuesday.

"Their brave actions no doubt prevented further harm from being caused," he said.

George was arrested and appeared in court on Oct. 3. He has been charged with theft of a motor vehicle, assault with a weapon, dangerous operation of a vehicle and failing to stop after reports of driving in a reckless manner.

Police say the 56-year-old is not a resident of the West Shore and has a "lengthy criminal record," including convictions for theft and failing to comply with conditions.

He is being held in custody until his next court appearance on Oct. 13.

Mounties say the investigation is still underway, and are reminding residents of the dangers in intervening in thefts.

"It is important to reflect on how dangerous car thefts can be, in this case the owner of the vehicle sustained injuries while trying to prevent his vehicle from being stolen," said Rose.

"If you find yourself in a similar situation, please find your way to safe place and call police for help," he said.

Gas prices down across Canada, likely to last a few weeks leading up to holidays

Drivers hoping for cheaper gas can fill up after the price at the pump across Canada dropped today to 143 cents.

Ontario Energy Board warns of scammers impersonating its employees

Door-to-door sales have been banned in Ontario since March 2018, but that’s not stopping aggressive sales staff from pitching expensive long-term rental contracts for items like furnaces and air conditioners.