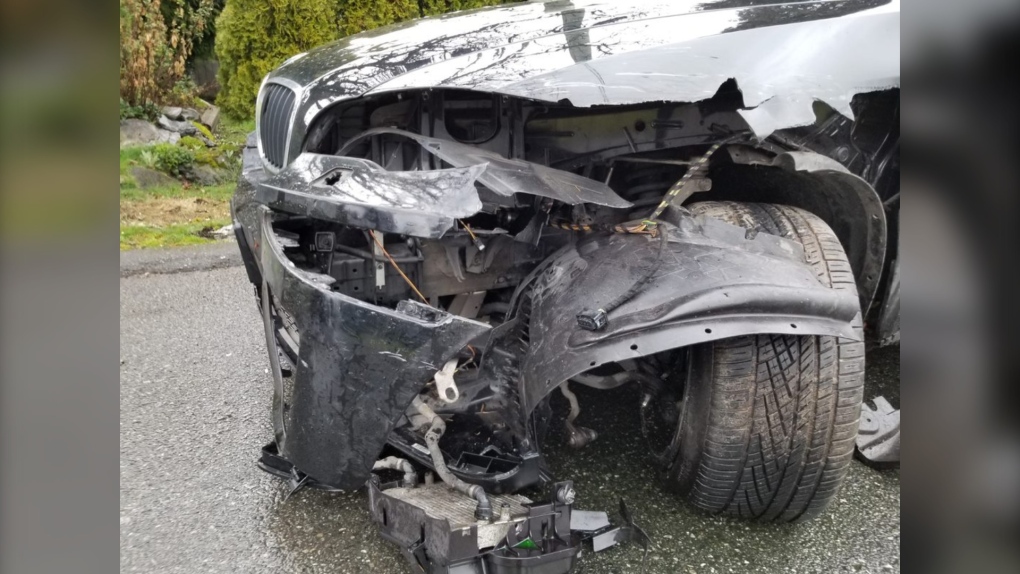 VICTORIA -- Saanich police say an impaired driver has been arrested after a hit-in-run crash in Victoria on Wednesday afternoon.

Police first received reports of the crash from members of the public, which helped officers track down the vehicle.

Saanich police say the car was still being driven when officers located it, even with its front-end heavily damaged.

Once officers intercepted the vehicle, the driver was arrested and was handed a 90-day driving ban.

The ban falls under B.C.'s 90-day administrative driving prohibition, which are issued in cases of suspected impaired driving. According to ICBC, the driving ban is separate from any criminal charges that may arise from the same incident.

Saanich police say criminal charges against the driver are pending.