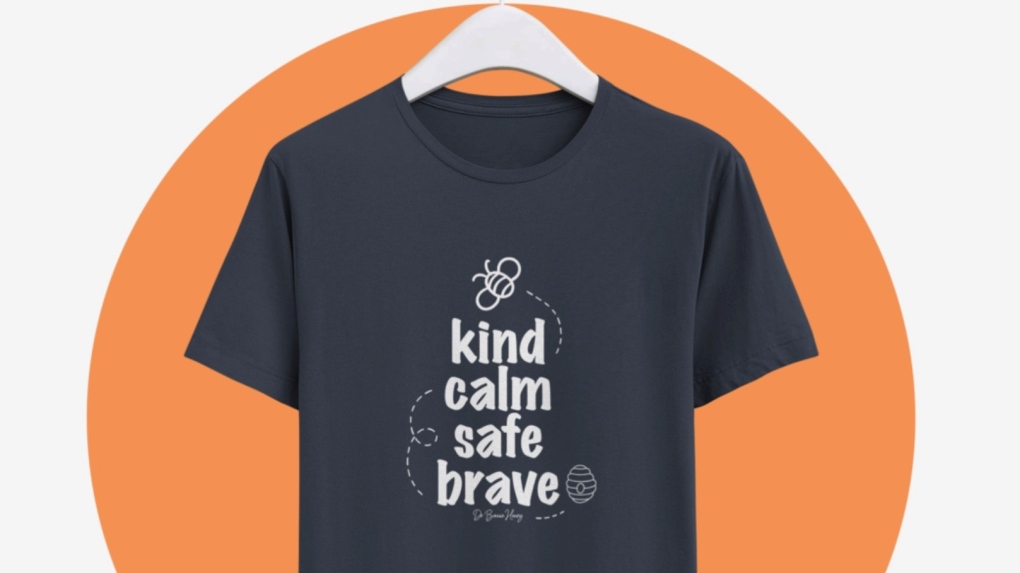 SAANICH, B.C. -- They were more than just fashion, they were a statement and a huge fundraising hit. Now, they are back, with a different look and goal.

“We have just launched our first-ever fundraising campaign, which is the new Bonnie Henry T-shirt campaign. We’re excited about that,” says Corinne Bains, executive director for Saanich Neighbourhood Place, adding that the campaign is off to a good start, with $2,000 raised so far.

Henry’s signature phrases, “Be kind - Be calm - Be safe,” will remain on one of the shirts. The other features the words “Kind - Calm - Safe - Brave.”

The edgier slogan used in the first fundraiser, “Dr. Bonnie F*cking Henry,” is no longer available.

The original campaign organizers, who started the first fundraiser in late spring, handed the project over to the Rainbow Kitchen, which continued to successfully run the project and brought in more than $10,000, providing 3,000 meals for people in need.

When the Rainbow Kitchen ended its campaign, it wanted to keep the fundraising effort going, so it handed the project over to Saanich Neighbourhood Place, which launched its own campaign this week.

“We hope people will buy T-shirts because they like the T-shirts, first of all,” says Bains. “And secondly, we hope that they will buy the T-shirts to support Saanich Neighbourhood Place and the work that we do here.”

The organization, located in the Pearkes Arena facility, offers childcare, mental health supports and food security, among other programs.

The new facility, just over 7,000 sq ft and located behind Pearkes Rec Centre, will be a “child-care hub,” offering other services to families in an accessible location. There will also be space for community groups to rent that will include a multi-purpose room, a meeting room, and a small licensed kitchen.

The building is set to be open in mid-2021, but more money needs to be raised to support new staff and programs to be offered there.

“Purchasing a T-shirt will help support all the programs that we do and help with the new project as well,” says Bains.

Dr. Bonnie Henry T-shirts are selling for $25 for youth sizes and $30 for adults and will be on sale until Dec. 4.