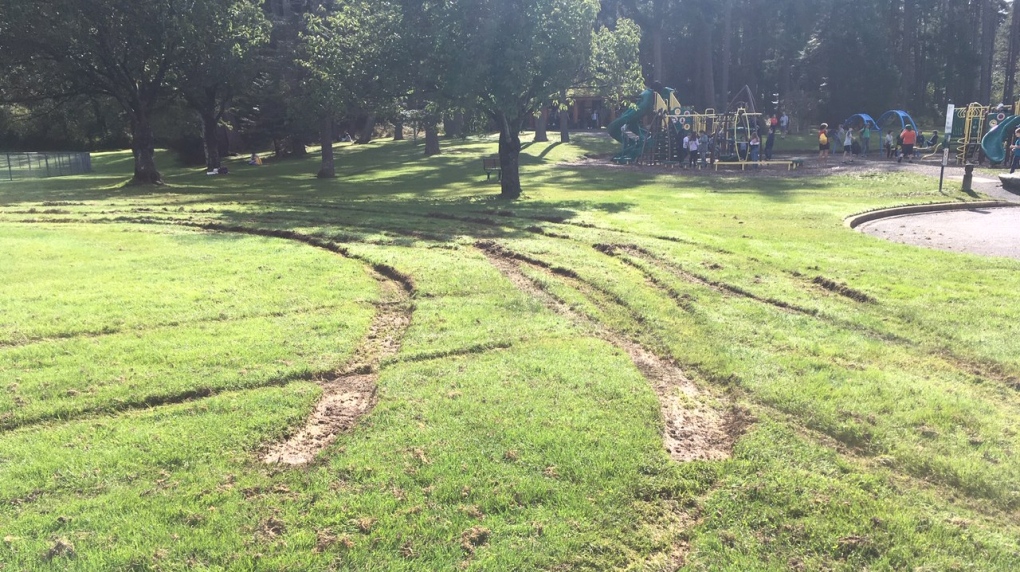 West Shore RCMP are searching for a vehicle the drove 'donuts' on to a Juan de Fuca Recreation Centre field. (CTV News)

West Shore RCMP a searching for a car or truck that did “donuts” on a grassy patch near the lower playing fields of the Juan de Fuca Recreation Centre earlier this week.

Deep cuts in the grass formed by tire tracks have scarred the area. The field looks as though the vehicle drove around a light standard several times before taking off, leaving a trail of shredded grass on the road.

The damage was contained to a grassy area near the Rotary Picnic Playground and the adult baseball diamond at the far end of the park.

The vandalism happened sometime Wednesday night but parks staff aren’t sure exactly when.

He says it is frustrating when this type of thing happens and unfortunately it does at least once a year.

Parks crews will restore the damaged area by top-dressing it with new soil and seed. Meanwhile, all other playing fields are operational.

If anyone saw the incident happen or know who may have done it, they are encouraged to call West Shore RCMP at 250-474-2264.