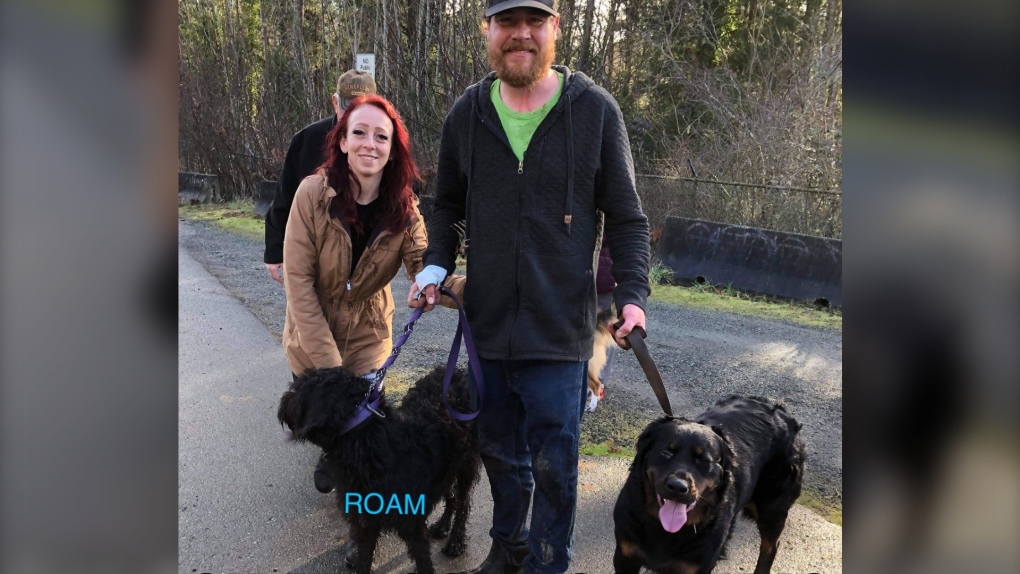 VICTORIA -- A beloved pet who went missing after the vehicle her owner was driving was involved in a fatal car crash in Duncan has been located.

The collision occurred late Sunday night on Gibbins Road in Duncan and claimed the life of one of the animal’s owners, critically injuring another.

The crash caused the missing dog, nine-month-old Willow, to be ejected from the vehicle, at which point she fled the scene.

ROAM says that it received a report of a sighting near the Cliff Road area of Duncan, close to where the accident took place. A group of volunteers was already in the area and was able to track down Willow quickly.

Family members also went to the area with a familiar dog to help coax Willow to come to them.

On Thursday, before Willow was found, ROAM founder Lesli Steeves said volunteers were doing everything they could to track down the missing dog.

“It’s just one more thing added to this layer of tragedy,” said Steeves at the time. “If we can do anything to help, we really want to make that difference.”

On Friday, ROAM posted photos of Willow on social media with a caption reading, “Oh my god, look who is safe.”