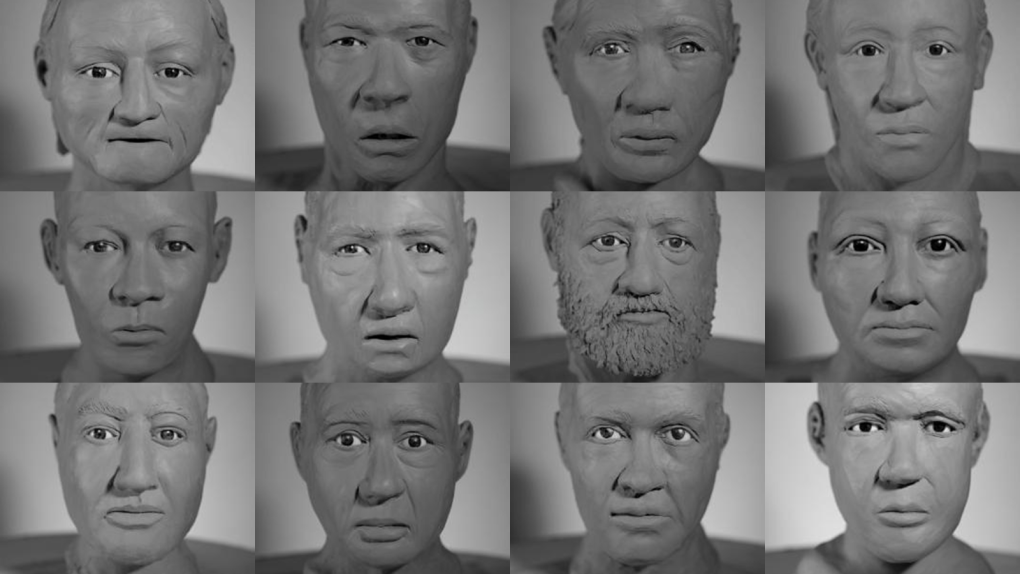 The reconstructed faces of unidentified deceased people are shown using clay on top of 3D-printed skulls.

VICTORIA -- A decades-old missing person’s case that spanned British Columbia has recently been solved through advancements in DNA profiling.

BC RCMP and the BC Coroners Service say that a missing person’s case that dates back to 1967 was resolved nearly 54 years later. The case began in Kamloops when a family reported the disappearance of a man on May 27, 1967. He was last seen in Coquitlam and was 41 years old at the time.

Years later, in 1972, unidentified human remains were discovered on a beach on Saturna Island, one of B.C.’s southern Gulf Islands. While an autopsy was performed at the time, the remains were never identified and were buried on Salt Spring Island.

Nearly 40 years later, the remains were exhumed in September 2020 and DNA was recovered to compare with samples from suspected family members.

"After a lengthy scientific process performed at a British Columbia laboratory, complicated by the degradation of the remains, a DNA profile of the deceased was finally obtained," said BC RCMP spokesperson Cpl. Jesse O’Donaghey in a release Thursday.

"As a result of a comparison, conducted by our partners with the BC Coroners Service Special Investigations Unit, an identity for the deceased was established thanks to the detailed work of investigators who had obtained a sample of familial DNA for comparison," he said.

O'Donaghey told CTV News that investigators do not believe there was any criminality involved in the man's death, and the missing person case is now considered closed.

RCMP on the Lower Mainland had collected DNA from the missing man’s daughter back in 2014 when a review of the historical missing person file was conducted.

In 2019, the BC Coroners Service launched an interactive map tool to help chart nearly 200 cases of unidentified human remains, which dated back to the 1950s.

At the same time, BC RCMP had partnered with the New York Academy of Fine Art to develop facial reconstruction technology based on unidentified human remains and 3D-printed skulls.

"Through scientific advancements in identification processes, we are now able to solve such historic cases," said Eric Petit, Director of the BC Coroners Service Special Investigations Unit.

"In this instance, we were able to piece together the puzzle that had been challenging us on Salt Spring Island since in 1972," he said. "The partnership we have garnered over the years with both the police and the BCIT lab makes success possible. Through collaboration, we are able to work as one team with the ultimate goal to provide families the closure they had been seeking for more than fifty years."

The family of the missing man have asked to remain anonymous but thank investigators for identifying their relative.

"Thank you from the family to all RCMP members, the coroners, and the team involved in dedicating their time and efforts to bring this missing persons case to a close."