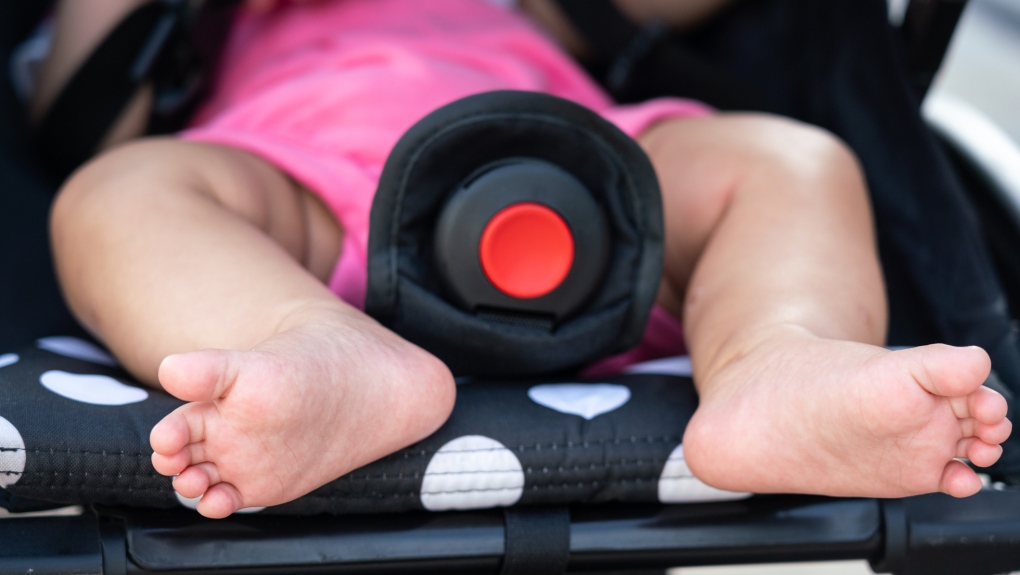 A child is pictured in a car seat. (iStock)

Mounties in Nanaimo, B.C., say a woman was found passed out at the wheel of a parked truck while her baby and dog were in the backseat last week.

The Nanaimo RCMP say they were notified by Oceanside RCMP that a Ford F-150 truck was reportedly involved in a hit-and-run crash on Nov. 17.

Later that day, around 10:30 a.m., police found a vehicle that matched that description parked at the Nanaimo North Town Centre.

When officers went to check the vehicle, they found the woman passed out in the driver's seat with her infant strapped into a baby seat inside the truck, as well as a dog.

The vehicle was in park but the engine was still running, Mounties said.

The officers tried to wake the woman by yelling at her and knocking on the windows. However, they were unable to rouse the woman so they called paramedics and firefighters to help access the vehicle.

The 35-year-old driver was eventually woken up and exited the vehicle.

The mother and child were brought to hospital by paramedics out of an abundance of caution, at which point police say they could smell alcohol coming from the woman's breath.

The pair were examined at the hospital and the child was medically cleared and turned over to its father.

Meanwhile, the mother was taken to the Nanaimo RCMP detachment where two breath samples were taken which registered blood alcohol levels that were more than double the legal limit, police claim.

The woman was issued a 90-day driving ban, her vehicle was impounded for one day, and she was charged with impaired driving and driving while over the legal limit of .08, police say.

"This incident is disturbing on many levels but needless to say we are just glad that the child was not injured in any way," said Reserve Const. Gary O’Brien of the Nanaimo RCMP in a release Thursday.

None of the charges have been tested in court.