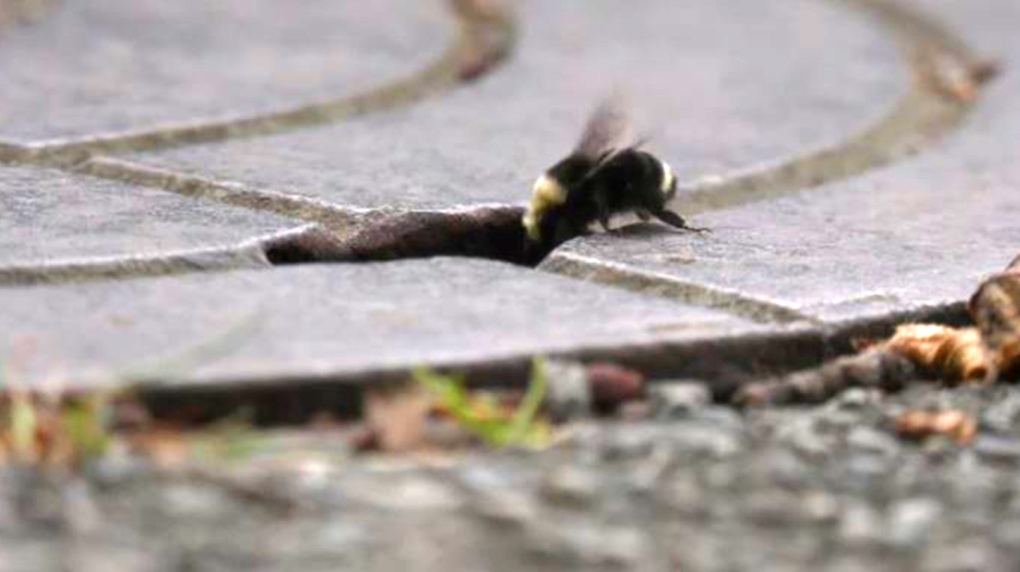 A woman is outraged after she said the City of Victoria told her it would be exterminating a beehive outside her house, but the city is telling a different story.

Vanessa Vandemortel lives in James Bay and shares the neighborhood with an active beehive underneath a manhole cover – one she said the city told her it had plans to destroy.

Vandemortel said the City of Victoria told her it found out about the hive while replacing the water mains on Dallas Road.

She said employees told them the city didn't have resources to relocate the bees.

"They aren’t taking this seriously. We need our bees," said Vandemortel. "I'm disgusted"

In an environmental crisis, Vandemortel is calling on the city to do more to protect the bees. 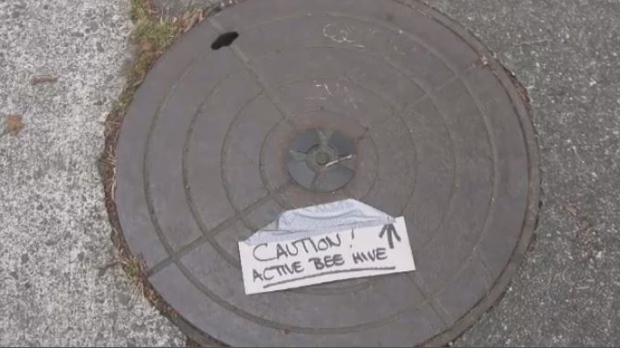 "To find out that they're doing this with our bees, I'm shocked, I'm absolutely shocked."

She said the city told her that if she wanted the bees relocated, that she'd have to cover the cost herself.

CTV News reached out to the City of Victoria, which called the ordeal a "misunderstanding" and said staff never told Vandermortel the hive would be exterminated.

A city spokesman said a naturalist was sent to the site Tuesday to examine the hive.

The naturalist determined that because the bees are not in a high-traffic area, the hive can remain where it is.

It's a relief for neighbours in the area who say the bees are welcome residents in James Bay.

"Our flowers have never been so nice," said Andrew Spark.

But local beekeeper Barry Denluck said if the city does run into serious problems with hives again, they can be easily solved.

"I'd like to see the City of Victoria follow the lead of other municipalities that actually just call me to relocate bumblebees that are in the city domain," he said.