VICTORIA -- A nautical mystery some 75 years in the making is beginning to surface off the northern coast of Vancouver Island.

Federal scientists tasked with scanning the ocean floor say they have made a baffling discovery. The object's size and shape, according to the scientists, is consistent with a Second World War Japanese submarine.

Cloaked beneath sand and sea, experts cannot say definitively that what they’ve photographed is a relic of war.

With each word spoken of a sunken Japanese sub, the scientists carefully examine the scans again and conjure alternate theories on what objects the submerged mass could be.

But amid all their deliberate attempts to counter unproven conclusions, one fact is making the underwater imagery all the more compelling. War records reaching back to the early 1940s show a submarine was attacked by Canadian Forces in the exact area scientist made their discovery. 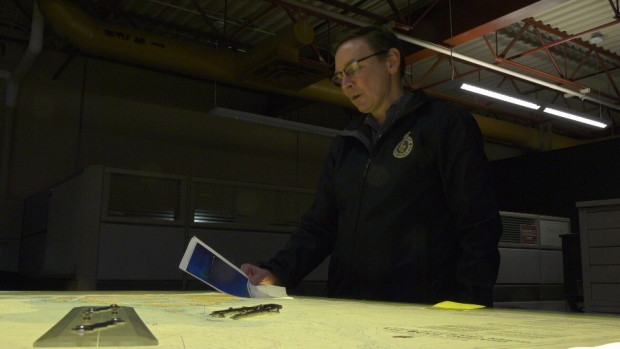 Peering over an illuminated table, Mark Leblanc drags his fingers over a nautical map of northern Vancouver Island. Its coastlines, islands and underwater topography have fascinated the Government of Canada scientist for years, but recently one area near Triangle Island has captivated Leblanc’s attention.

“We find unusual things on the bottom all the time,” said Leblanc. “This item is something that you’d say warrants further investigation.”

At the Institute of Ocean Sciences just outside of Victoria, Leblanc and his team of underwater detectives are casting a light on the darkest depths of the Northern Pacific. Hydrographic Services Canada is a wing of Fisheries and Oceans Canada, which is tasked with scanning the ocean floor to keep shipping lanes safe, and also to identify and map underwater shipwrecks. 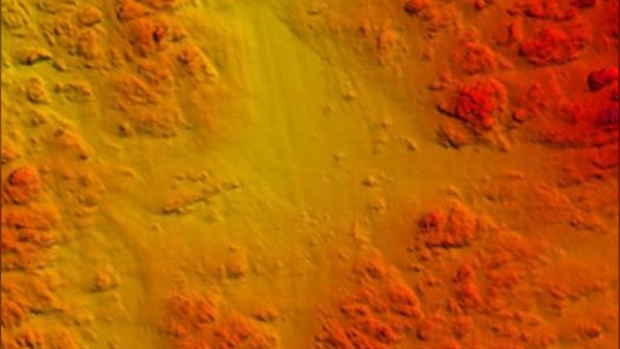 On a routine survey in 2016, the crew aboard the research vessel CCGS Vector noticed something odd.

At a depth of roughly 62 metres, scans showed a massive object which appeared to be manmade. Cylindrical in shape and around 100 metres in length, it was out of place in a shallow canyon on the sea floor.

Perplexed, but still not convinced it was some kind of sunken vessel, Leblanc began digging through old emails.

The survey of the area off northern Vancouver Island was commissioned by Parks Canada. At the time, staff were considering the region for a protected reserve and wanted to know if there were any sunken vessels or unexploded bombs left over from the Second World War. 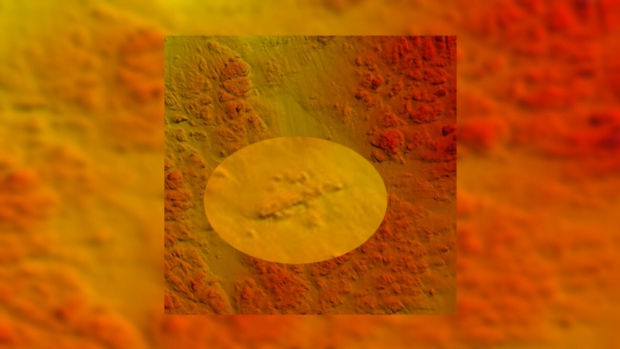 In an email shared with CTV News, the Unexploded Exploded Ordnance (UXO) section of the Department of National Defence (DND) told Leblanc’s crew there were two known wrecks in the area.

One wreck is a sunken cargo ship called the SS Northholm. The second wreck mentioned in the 2011 email is a submarine that the UXO department said was sunk by Canadian Forces.

According to experts from the Canadian War Museum in Ottawa, Canadian Forces sunk numerous submarines off the Atlantic coast during the global conflict of the early 1940s. To this day, however, the museum is not aware of any confirmed submarine kills off B.C.’s coast.

With the mystery now murkier than ever, Leblanc remained skeptically intrigued.

“Is the size and dimensions consistent with a [Second World War] Japanese submarine? Yes. Is the size and consistence the same as a couple of big pipes? Yes,” said Leblanc.

Reaching out to the DND, CTV News was able to track down the origin of the nearly decade-old emails and begin to dust off the trail leading Hydrographic Services to this nautical mystery.

The DND says there was a mistake made in the 2011 email where an unexploded ordnance expert claimed a submarine was hidden beneath the Pacific, but their response did not snuff out the distinct possibility that one is hidden below.

In a statement, the DND said the department is not aware of a recorded sinking off Vancouver Island’s northernmost reaches, but said there was an attack on a foreign submarine in the exact area where the submerged object was found. 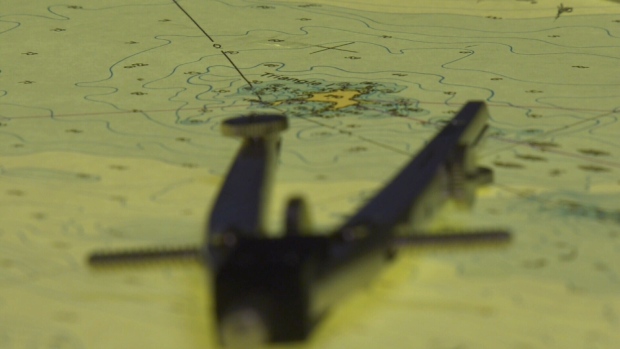 Government historians fell short of confirming the attack was on a Japanese submarine, but experts with the war museum say the only foreign vessels lurking beneath B.C. waters during the war were Japanese.

“There are submarines that are operating off the coast of North America,” said Jeff Noaks with the museum. “And among the things they are doing is attacking ships.”

The panic of war and the possibility of an attack on B.C. loomed large after several well-known strikes by Japanese submarines.

Six months after the bombing of Pearl Harbor, the vessel Coast Trader was torpedoed at the opening of the Strait of Juan De Fuca near Victoria.

A short time later, a remote outpost on northern Vancouver Island was hit. The Estevan Point lighthouse, north of Tofino, reported that a submarine surfaced and opened fire with deck guns before slinking away into the night.

“Is it better to remain a mystery and a possible legacy of a significant time in world history?” asked Leblanc. “Or, is it necessary to confirm what it is, and designate it a war grave site?” 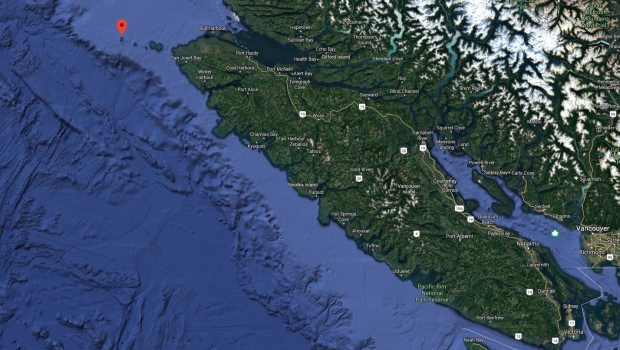 Inside the Institute of Ocean Sciences, Leblanc’s curiosity butts up against his respect for all that lies beneath the surface.

If he could unequivocally prove that what federal experts photographed is a Second World War submarine, it would be designated a war grave and access would be cut off. The mystery would end and a new chapter in Canadian history would be penned.

But his scans, for now, simply stoke a question: Did a Canadian attack recorded during the Second World War cripple a Japanese submarine and seal its crews fate? Or, is an enormous, seemingly manmade mass 62 metres below the surface of the Pacific Ocean just garbage dumped from a vessel?

“There is always two ways to look at the puzzle,” said Leblanc. “ This is one of these cases.”