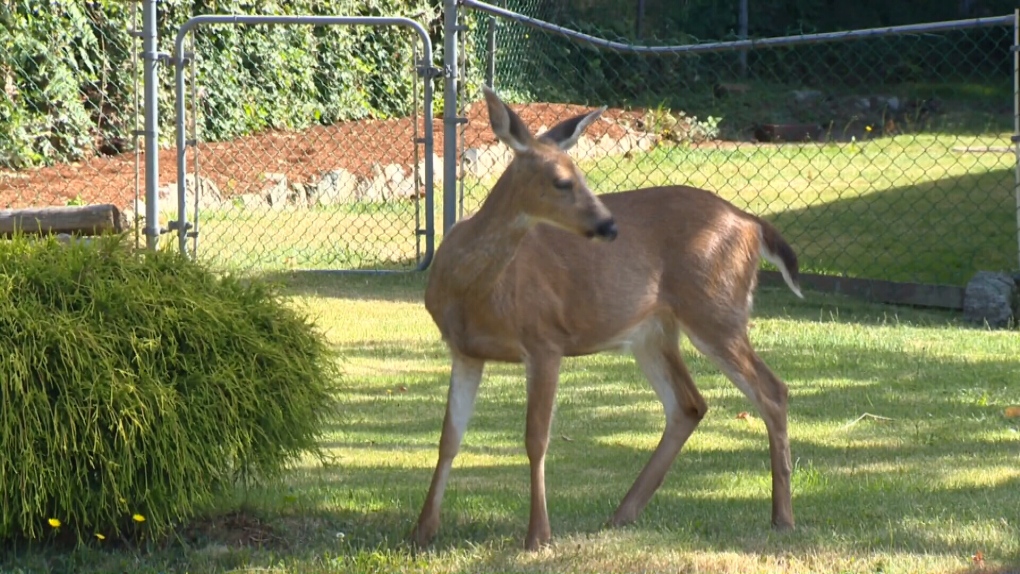 A deer is seen in a Nanaimo neighbourhood in this file photo from 2015. (CTV)

VANCOUVER -- A lethal infectious disease that first began affecting deer on Vancouver Island last year is still circulating in local populations, according to the provincial government.

A spokesperson for the Ministry of Forests, Lands, Natural Resource Operations and Rural Development says 22 of 36 dead deer the ministry has examined since the start of the year have had adenovirus hemorrhagic disease, or AHD.

AHD was first discovered in California in 1993 but had never been seen in British Columbia until last September.

The ministry says it is "still investigating the spread and persistence" of the disease, and it's asking anyone who sees deer with symptoms of AHD to contact it.

"The province is still interested in collecting more samples for ongoing surveillance and welcome reports of deer of any age with clinical signs of difficulty breathing, drooling, foaming at the mouth and dark-coloured diarrhea," the spokesperson says in an email.

Anyone who suspects a deer may have AHD should contact Caeley Thacker, wildlife veterinarian with the ministry's resource stewardship division via email at caeley.thacker@gov.bc.ca or by calling (250) 751-3234, the ministry says.