VICTORIA -- A dashcam video has captured the moment when a Victoria police cruiser collided with an SUV Wednesday morning.

The crash happened just after 8 a.m. at the corner of Douglas and Johnson streets, when a Victoria police car appears to run a red light and strike the other vehicle.

The police vehicle did not appear to have lights or sirens activated when travelling through the intersection.

The cruiser was heavily damaged in the crash, including the front left tire which was almost entirely ripped off the vehicle.

The SUV also suffered considerable damage to its front end. 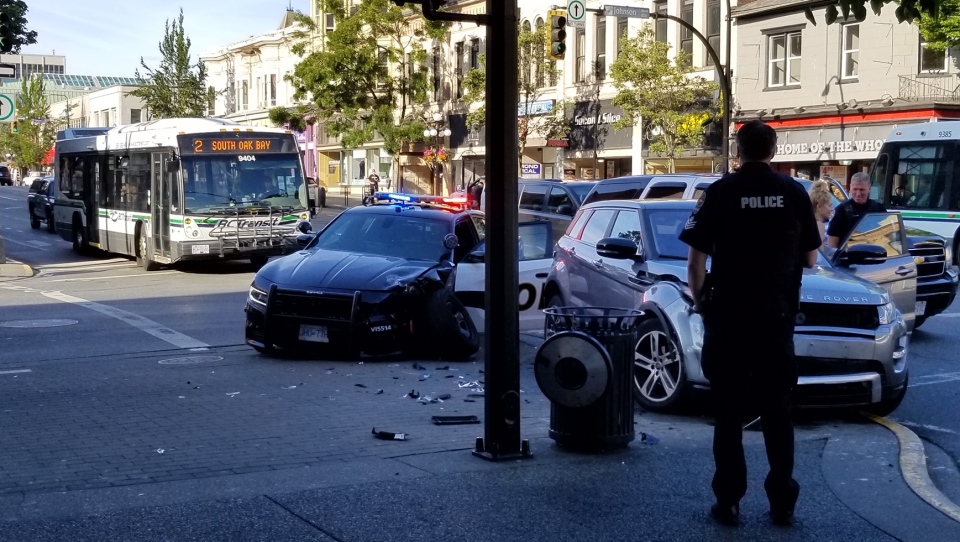 The male officer in the police cruiser quickly exited the vehicle after the collision and immediately checked on the female driver of the SUV.

According to police, no injuries have been reported.