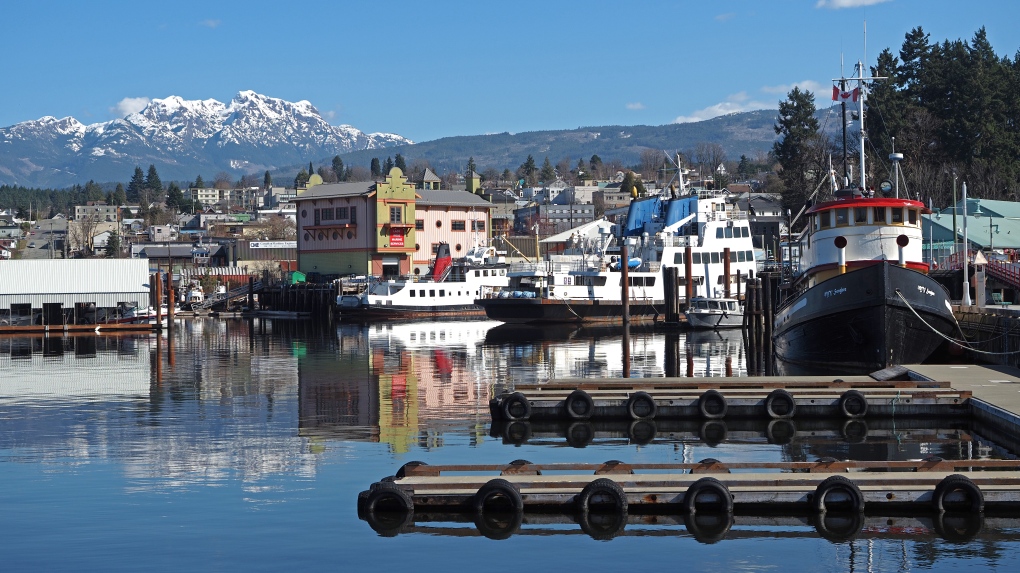 The waterfront area of Port Alberni, B.C., is seen in a stock image taken in March 2020. (Shutterstock)

Unseasonable warmth over much of British Columbia is showing no sign of easing, with another day of temperature records in the books and many regions reporting no significant rain since early July.

Port Alberni and Vernon, with nearly identical temperatures just above 25 C, surpassed records that have stood for 122 years.

Normal temperatures for early October usually range from 14 C to 16 C in those cities.

The Ministry of Forests has ranked Vancouver Island, the inner south coast and northeastern B.C. at the second-most severe level of drought on a five-point rating scale.

The Sunshine Coast Regional District has also opened an emergency operations centre as it confronts severe drought in a key water system.

The district is using a siphon system to pull additional water from Chapman Lake to feed the critically low Chapman water system, which supplies drinking water to roughly 90 per cent of Sunshine Coast residents.

“The last day of significant rainfall on the Sunshine Coast was over 80 days ago on July 6, and Environment Canada has informed us not to expect any significant rainfall for at least the next two weeks,” the district's chief administration officer Dean McKinley said in a statement posted last week.

The district was expected to install new siphons this week at Edwards Lake, the district's secondary reservoir, McKinley said.

The Sunshine Coast Regional District has imposed its most stringent water restrictions and is backing those with increased enforcement and $500 fines for anyone using drinking water for outdoor use.

This report by The Canadian Press was first published Oct. 6, 2022.