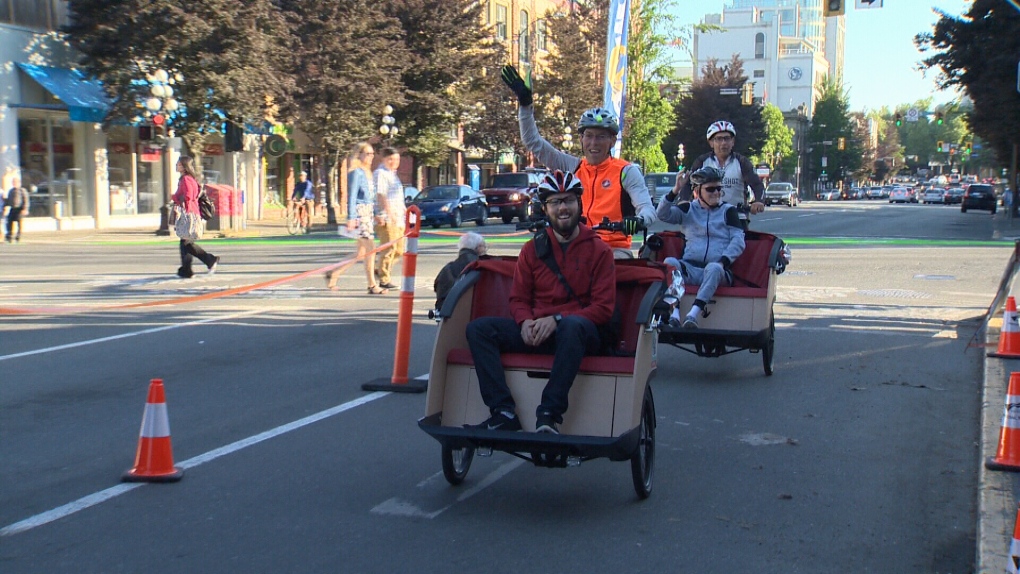 It was man versus machine as 16 teams of bicycles raced vehicles to the finish line Wednesday morning for Bike To Work Week.

All teams started from various different locations throughout Victoria and ended at the corner of Blanshard and Fort streets. Twelve cyclists won and three motorists won against their counterparts.

The shortest ride of six minutes ended in a tie between Mayor Lisa Helps and Victoria city clerk Chris Coates.

The longest ride took 42 minutes and started at Foul Bay Road and Fort Street. The motorist won against the cyclist, who was only one minute behind.

“Part of this morning is just to help dispel the myth that cycling takes too long to get to work,” said Chris Frood, president of Bike to Work Victoria. “And I think that the reality is cycling is very competitive, timewise, with driving into work and having to park and walk that last final block or two to wherever it is you work.”

The Commuter Challenge is the first event in the 24th annual Greater Victoria Bike to Work Week, which runs from May 28 to June 3. For more information on the event or to register, visit the Bike To Work website.