VICTORIA -- The serpentine highway to Mount Washington was closed Tuesday morning after a serious cycling accident.

According to a witness, a lone cyclist crashed when the brakes on his bike gave out on the long and winding descent from the ski resort.

The Courtenay Fire Department says the crash happened around 10 a.m. on the Strathcona Parkway. 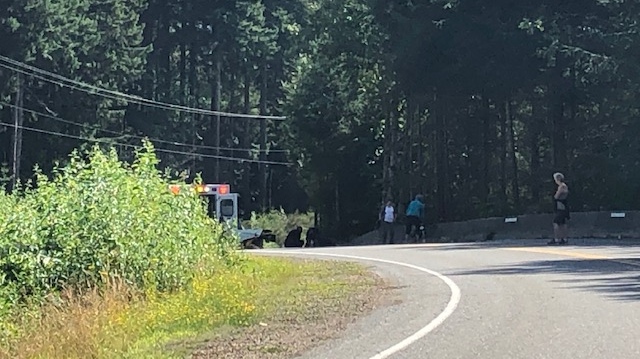 The high mountain road was closed just before 11 a.m. so a B.C. Emergency Health Services helicopter could land and airlift the cyclist to a Victoria hospital.

The exact nature of his injuries is unknown.

Andy Briggs, who was on the highway when the crash happened, says another cyclist on scene told him the man was on a cycling trip from Alberta.

Courtenay firefighters say the steep highway should not be taken lightly by cyclists or motorists.