Cyclist hospitalized after collision with car in Oak Bay 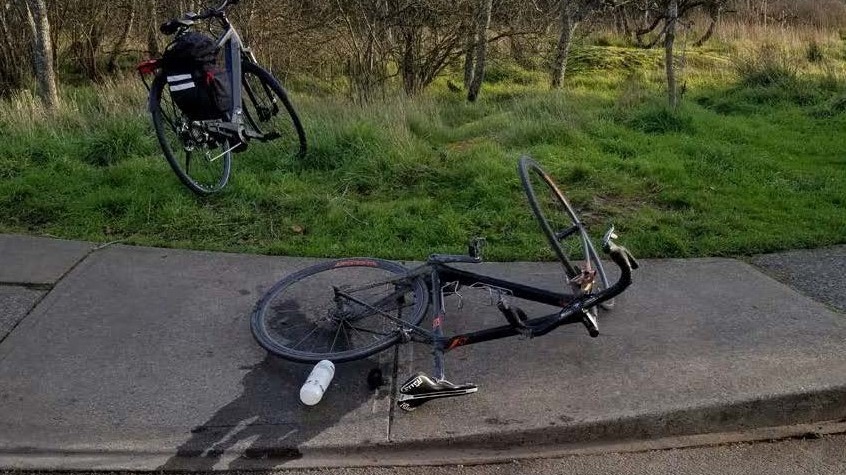 VICTORIA -- Police are seeking witnesses to a crash between a minivan and a cyclist that sent one person to hospital over the weekend.

Police say the crash occurred near the turnoff for Cattle Point around 3 p.m. Saturday.

A cyclist and a beige minivan with BC licence plates collided with each other. Oak Bay police say the driver of the van, an elderly man who is believed to be over 70 years old, stopped briefly to speak with the injured cyclist and a second cyclist who was nearby.

However, the driver later left the scene without providing any contact information.

The injured cyclist was taken to hospital for treatment of possible stress fractures, facial scrapes, abrasions and leg bruising, say police. They have since been released from the hospital.

Oak Bay police have several recommendations for people if they are involved in a crash. Police recommend that all contact information be exchanged, including driver’s licence numbers, licence plates, names and contact information, and makes models of the vehicles involved.

Police also recommend taking photographs of the scene and asking nearby witnesses for their contact information, if police officers are not called to the scene. People involved in crashed are also advised to contact ICBC, regardless of who is at fault for the crash.