Cyclist, 70, airlifted to hospital after crash with truck in Nanaimo

A collision between a truck and a bicycle in Nanaimo, B.C., sent a 70-year-old man to hospital Friday morning.

The cyclist was airlifted to hospital after the crash occurred around 11:15 a.m. on the northbound lanes of the Island Highway near where the road merges with Highway 19A. 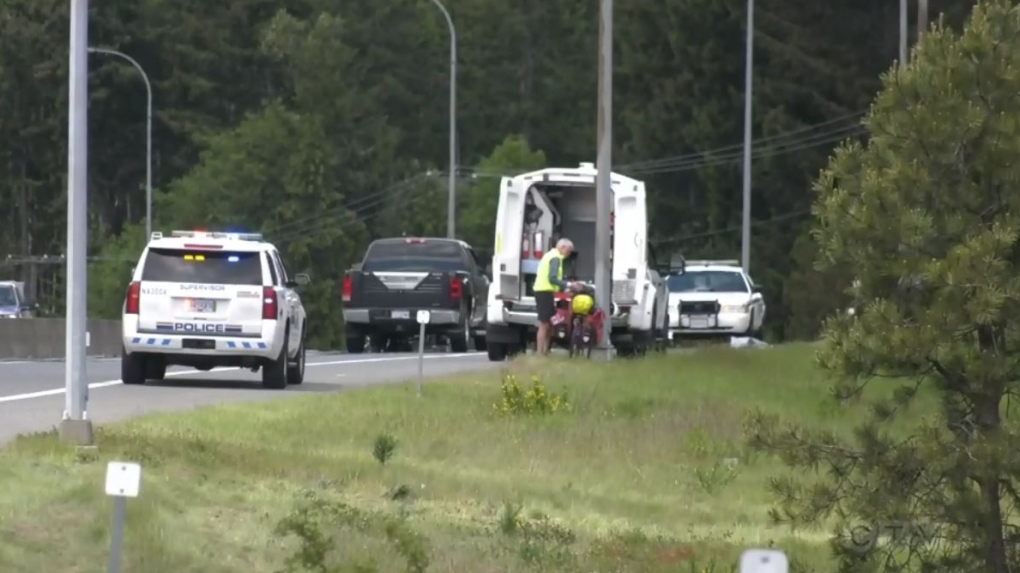 Witnesses told police that the cyclist was trying to merge to the right side of the highway when he was hit.

An off-duty paramedic and nurse rushed to help the man until a medical helicopter arrived and landed on the highway.

Police say they've ruled out impairment as a cause of the crash, though the incident is still under investigation.

The driver of the truck remained at the scene and is cooperating with investigators. The truck will be towed from the scene and will undergo a mechanical inspection. 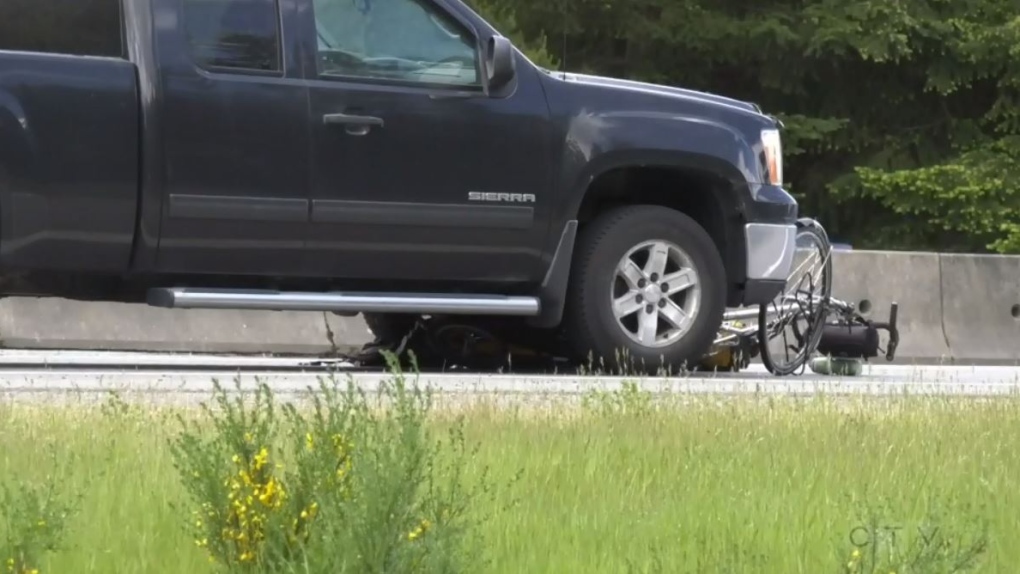 The Crown is seeking to revoke bail for Tamara Lich, a leader of the "Freedom Convoy," after she appeared alongside a fellow organizer in an alleged breach of her conditions.

The gunman who attacked an Independence Day parade in suburban Chicago fired more than 70 rounds with an AR-15-style gun that killed at least seven people, then evaded initial capture by dressing as a woman and blending into the fleeing crowd, police said Tuesday.

Dressed in Indigenous regalia, National Chief RoseAnne Archibald strode into the annual Assembly of First Nations gathering in Vancouver ahead of a group of chanting supporters on Tuesday. Just the day before, Archibald said she had been 'erased' from the agenda after her suspension in June. Instead, she led opening ceremonies and welcomed attendees in her opening address.