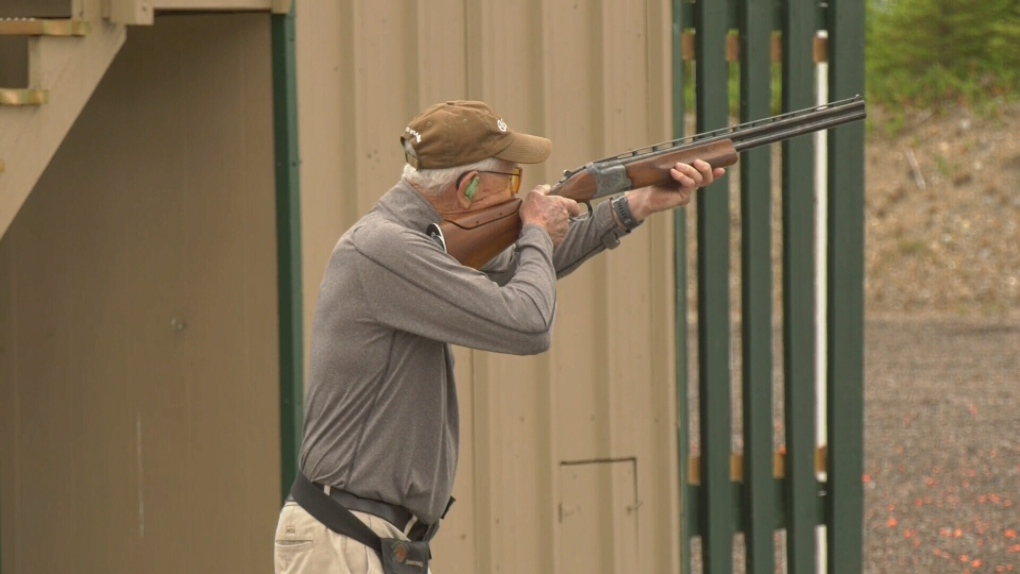 The oldest competitor at the competition is 93-year-old Jim Webster. (CTV Vancouver Island)

Dozens of competitors from across the country are in Cumberland this weekend taking aim at winning the Canadian National Skeet Championships.

This is the 64th time the championships have been held but only the first time they've taken place in British Columbia.

According to co-chair Brad McRae, the event is normally held in Ontario because that's where the majority of the competitors are located.

But McRae says a resurgence in the sport in British Columbia is why they are trying the competition out west this year.

He says the push is also on to include more youth in the sport.

"We work hard to bring juniors into the program and we look back and say there are maybe not as many shooters as there were 10 or 20 years ago. But we're working hard to promote the sport by doing different things like this," McRae said.

But the sport is also for the more experienced as well. The oldest competitor at the competition is 93-year-old Jim Webster.

"You can look on the internet and see all the registered targets that have been shot and the age of the people that are shooting them and I think I'm the oldest," Webster said.

He fired his first gun at the age of nine but he only got into skeet shooting a little over 20 years ago.

"I've been training myself pretty hard for the last couple of years and I think I'm moving better now than I ever did."

But he clarifies that that only pertains to his shooting abilities.

"Walking and so on I'm as slow as molasses in January but I'm moving pretty good on the range," he said.

Many taking part in this weekend's competition will also compete in the World Championships in September and October in San Antonio.