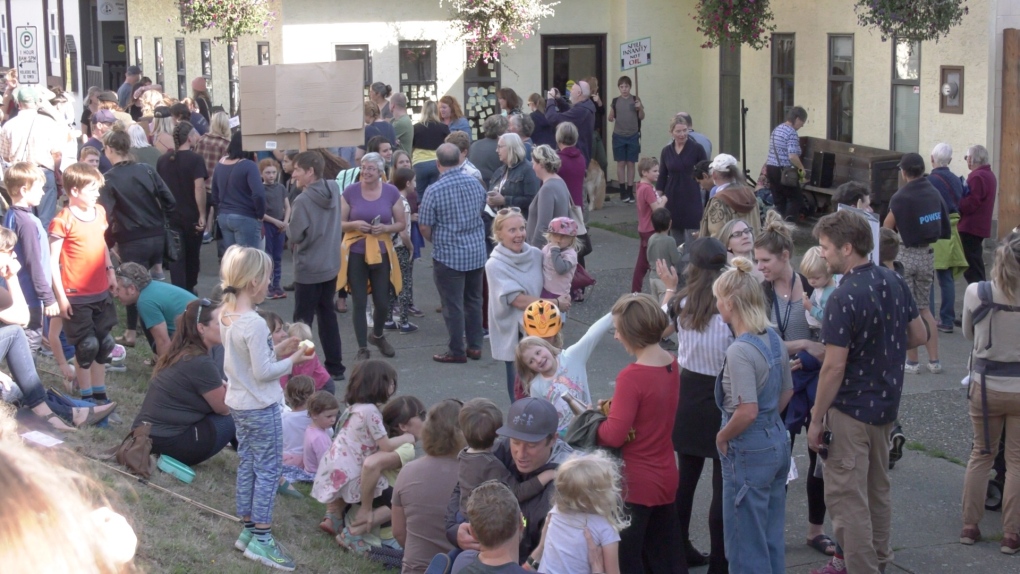 In a show of solidarity for participants in Friday's climate strike, several merchants in the Village of Cumberland closed up their stores for the day.

"I just felt it was something I could do," said Darkside Chocolates owner Allison Mackenzie.

"I think we all need to do what we can and it was a decision that had to be made but it was easy enough thing to do, I could close down and try to make a statement that way" Mackenzie said.

Along with fellow Cumberlanders, she attended an hour-long rally outside of the municipal office as part of a worldwide event that was designed to bring more awareness to climate issues facing the planet.

One of the key speakers at the event was Josie Patterson. She was pleased with the large turnout of like-minded people.

"I'm not surprised, this community is incredibly active in politics and caring, in particular about issues that face our world," Patterson said.

Efforts to organize the event only began within the past few days and the village's mayor Leslie Baird said she wasn't surprised it was pulled off so quickly.

"It is good to see that there's so much support in Cumberland for the environment," Baird said. "We find that out at council and we're trying very hard to keep up and keep moving forward."