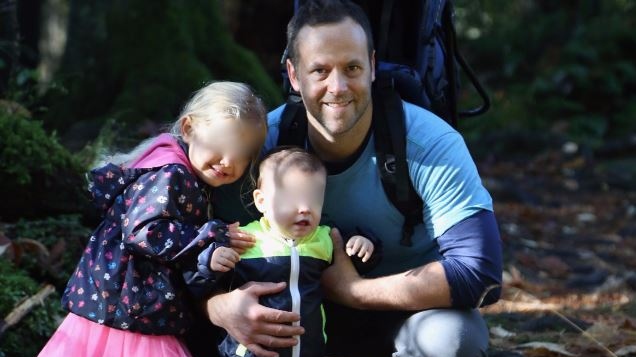 Ben Kilmer is seen with his son and daughter in this undated photo. (GoFundMe)

The family of a Vancouver Island man found dead months after he disappeared is being showered with support in an online fundraiser.

An education fund for Ben Kilmer's children exceeded $10,000 in donations just one day after it was launched by family friends.

The GoFundMe campaign had originally set out a goal of $5,000 for the kids, but quickly broke it as donations poured in.

"Ben was a determined provider for his family, caring for their needs above all else. He was particularly dedicated toward building a bright future for his two children by ensuring regular contributions toward their education," the campaign says. "We can think of no better way to honour Ben's memory now than through an education fund established for his children."

Kilmer's wife, Tanya, released a statement Wednesday saying her family was heartbroken to hear the news from investigators last week.

"Ben is not coming home to us as we had hoped. His death is a shock to all who knew him, and a devastating outcome to a vast and difficult search," she said.

Kilmer, a 41-year-old electrician from Cobble Hill, was found dead in a remote area of Duncan near the Chemainus River last week after vanishing in May.

His body was found "well outside" of the original search area last week, according to police. Foul play has been ruled out and the BC Coroner's Service is now investigating the file.

Anyone wishing to donate to the GoFundMe campaign can do so here, or send condolences to the family on their Facebook page, Find Ben Kilmer.