Crews on scene of fatal collision in Saanich 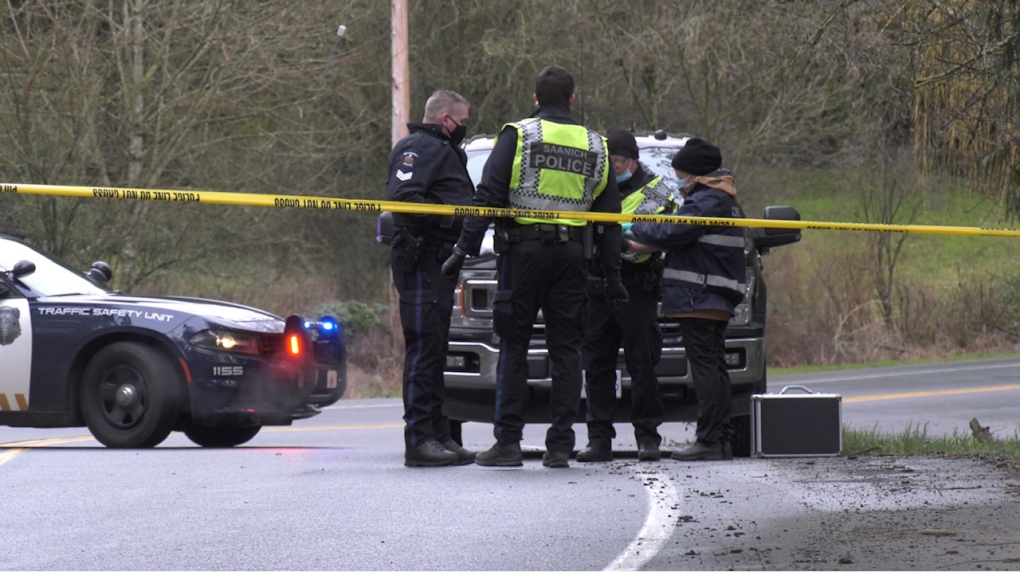 Saanich police confirmed to CTV News that one person died in the crash on West Saanich Road. (CTV News)

VICTORIA -- One person is dead and another is in hospital with minor injuries after a pickup truck collided with a small car in Saanich on Thursday morning.

The crash happened shortly after 7:30 a.m. at the intersection of West Saanich Road and Prospect Lake Road.

Saanich police confirmed to CTV News that the driver of a black Honda CRX died at the scene. 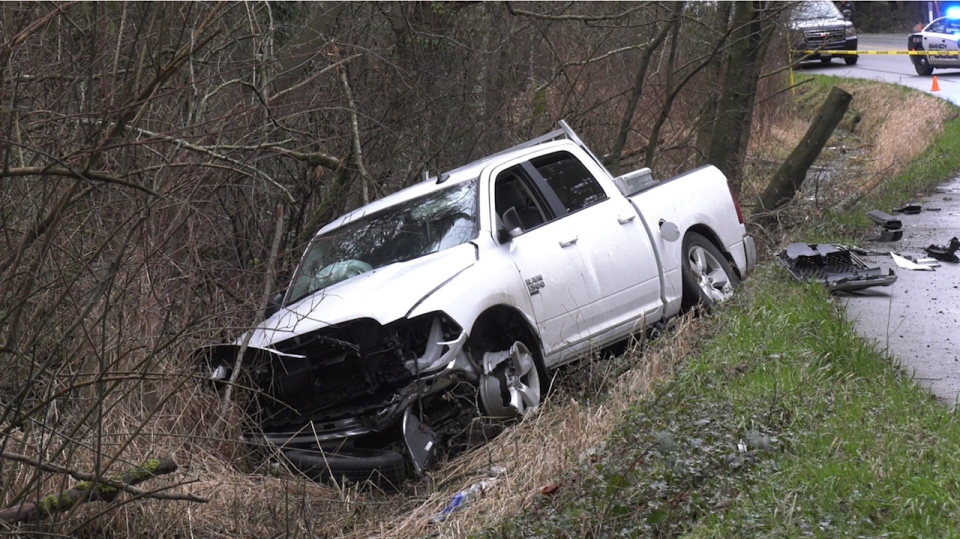 The driver of a white Dodge Ram pickup truck was taken to hospital with minor injuries. Both drivers were the only occupants of the vehicles at the time of the crash.

The coroner and multiple investigators investigators remained on scene Thursday, including collision analysts with an aerial drone. 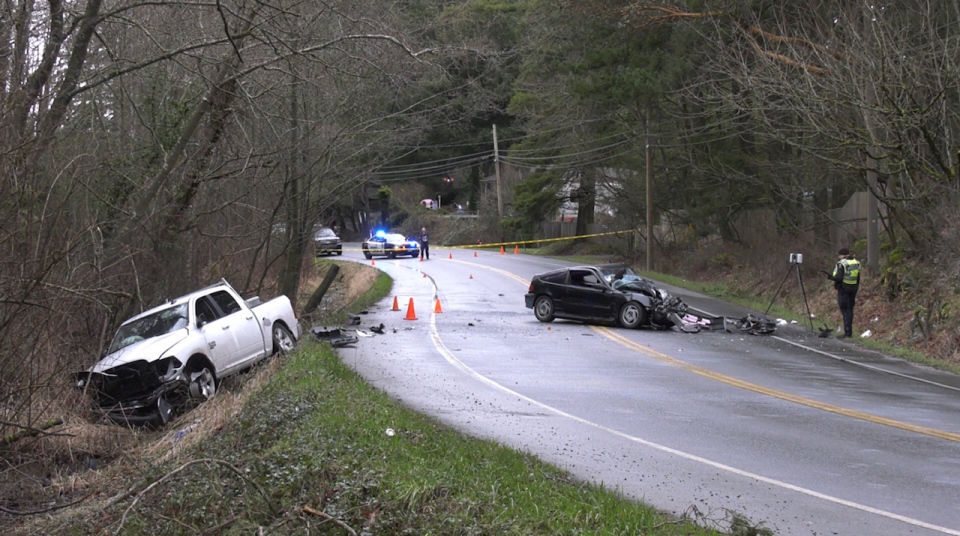 "It will take some time to investigate and determine the events that led up to the collision, as well as the cause of death," Saanich police said in a statement Thursday afternoon.

Anyone who witnessed the crash or has dashcam video of the incident is asked to contact Saanich police at 250-475-4321.