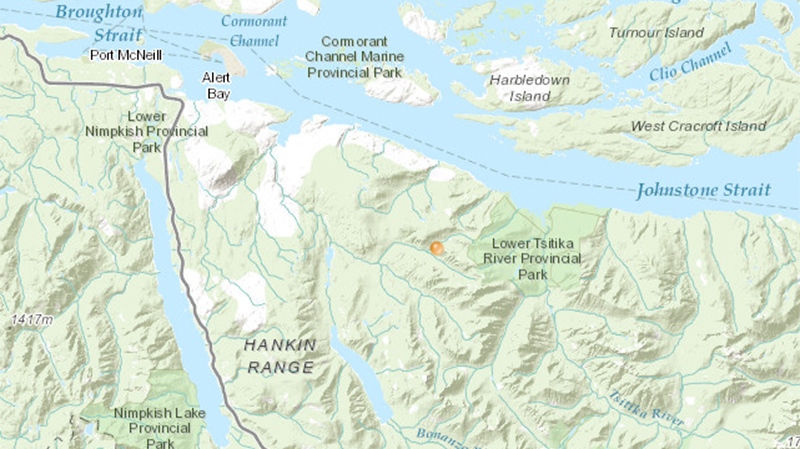 A fire at Kaikash Creek, roughly 35 kilometres southeast of Port McNeill, was discovered on Tuesday and has since grown to 80 hectares in size. Aug. 10, 2017. (BC Wildfire Service)

A wildfire burning out of control on the North Island more than tripled in size from 25 to 80 hectares overnight, the BC Wildfire Service says.

The fire at Kaikash Creek, roughly 35 kilometres southeast of Port McNeill, was discovered on Tuesday.

The wildfire service says it grew rapidly due to high winds on Wednesday and fog that hampered firefighters’ efforts Thursday morning.

It’s been deemed a rank three fire, meaning it has become a “moderately vigorous surface fire” that’s burning in the surface fuel layer on the forest floor, but below tree crowns.

Four helicopters, 24 firefighting personnel and two pieces of heavy equipment have been deployed to combat the blaze, and crews are being backed up by industry stakeholders.

At 80 hectares, it’s the biggest wildfire on Vancouver Island so far this year.